Generations trying to break through the Rockies from East to West by the wagon path.

Denver is made out of that. Bones and dust.

Everyone lost something, now buried deep in the soil.

Where before there was an Ocean, now only fossils remain. A road full of lust.

A golden river of shining cars, bouncing the light back to the stars.

Neon, glowing in the dark, filling up the cracks of that rotten Colfax motel.

Leftovers of human traces were thrown away like cigarette buds. 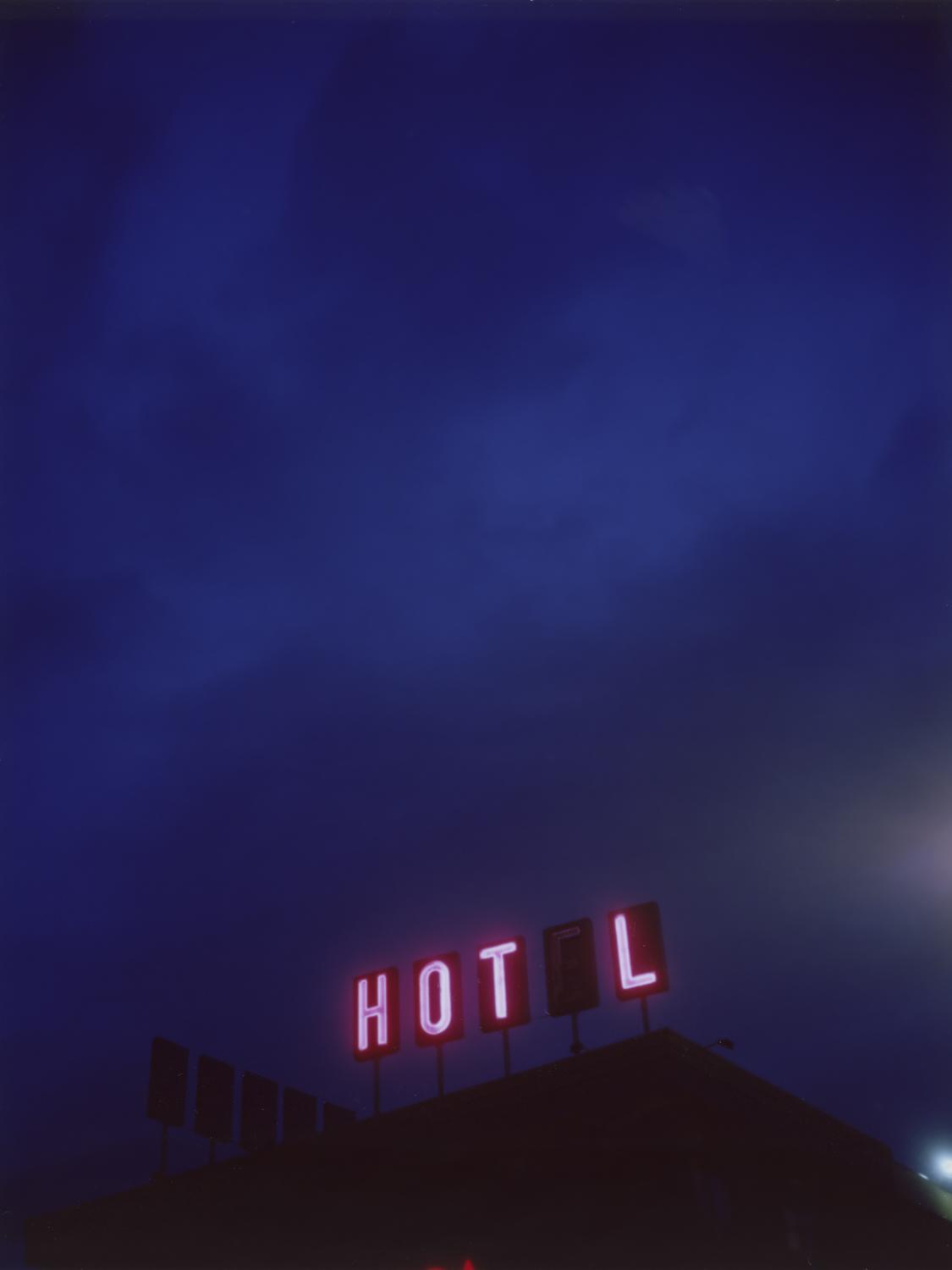 A road motel sign stands along the almost 50 miles of road that comprehends Colfax Avenue, in Denver, CO. This road, obligated stop for the main route used to connect East and West, is now home for prostitution, drug deals or transitory places in a city that holds the 68% of the homeless population in the state of Colorado. Denver, CO. 2018. 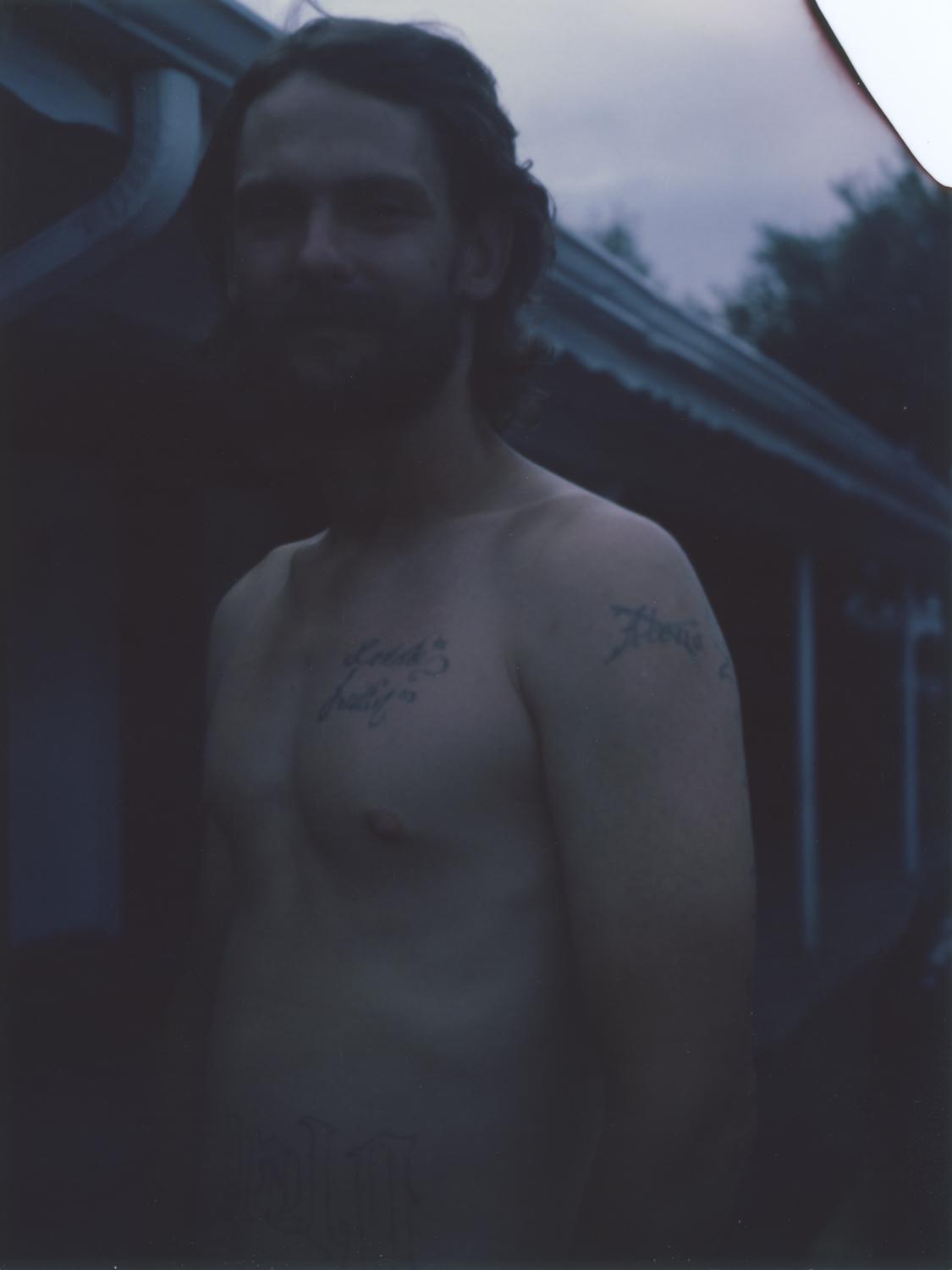 Mark, 32 years old, at the parking lot of a road motel in Colfax Avenue, where he was resting for a couple of days with his wife and two kids, while he was trying to look for a job. They ran away from Oklahoma, scaping from bad habits and addictions. Denver, CO. 2018. 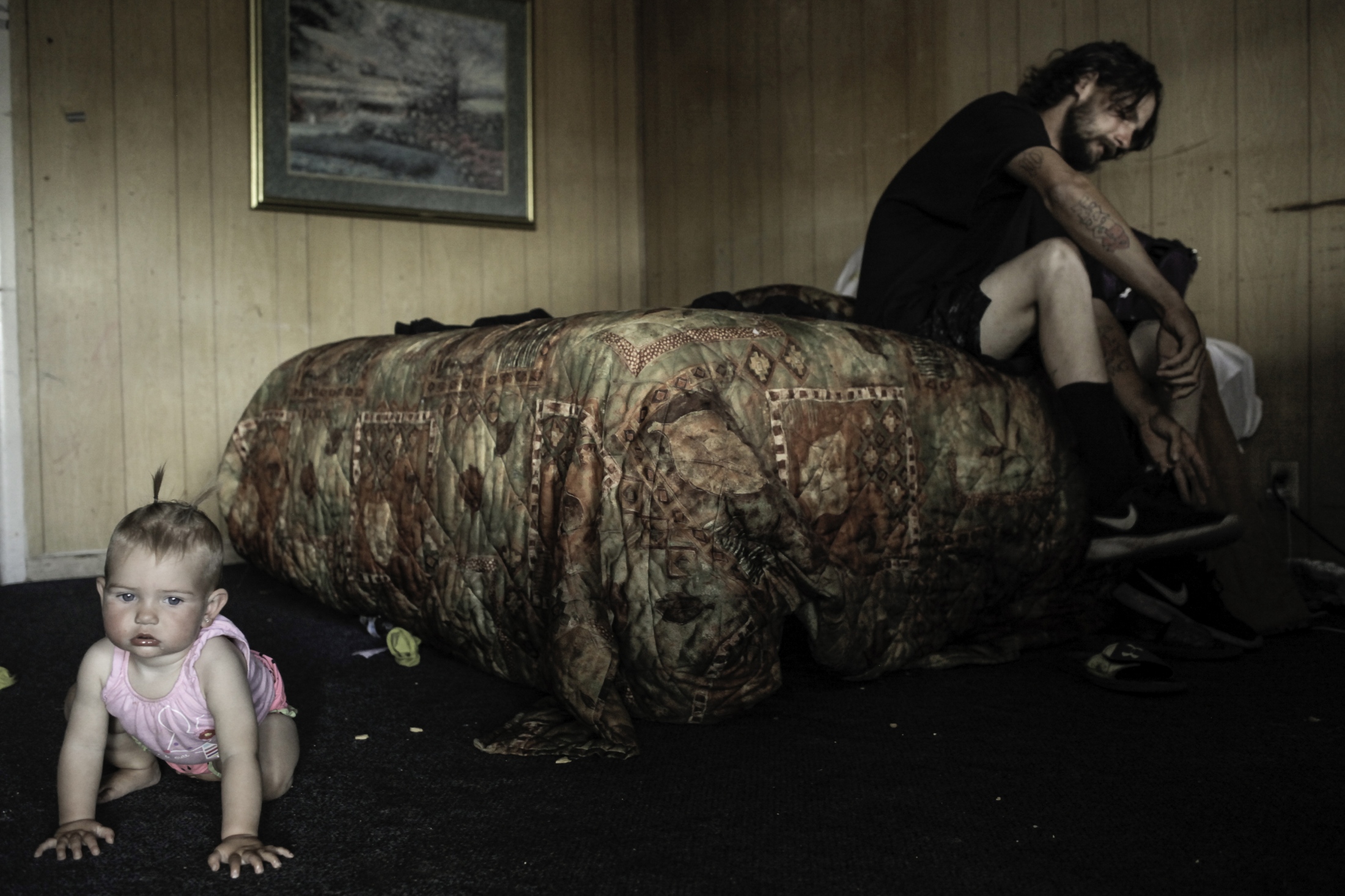 Mark's little daughter, hanging out inside the road motel where his family slept for a couple of days. Denver, CO. 2018. 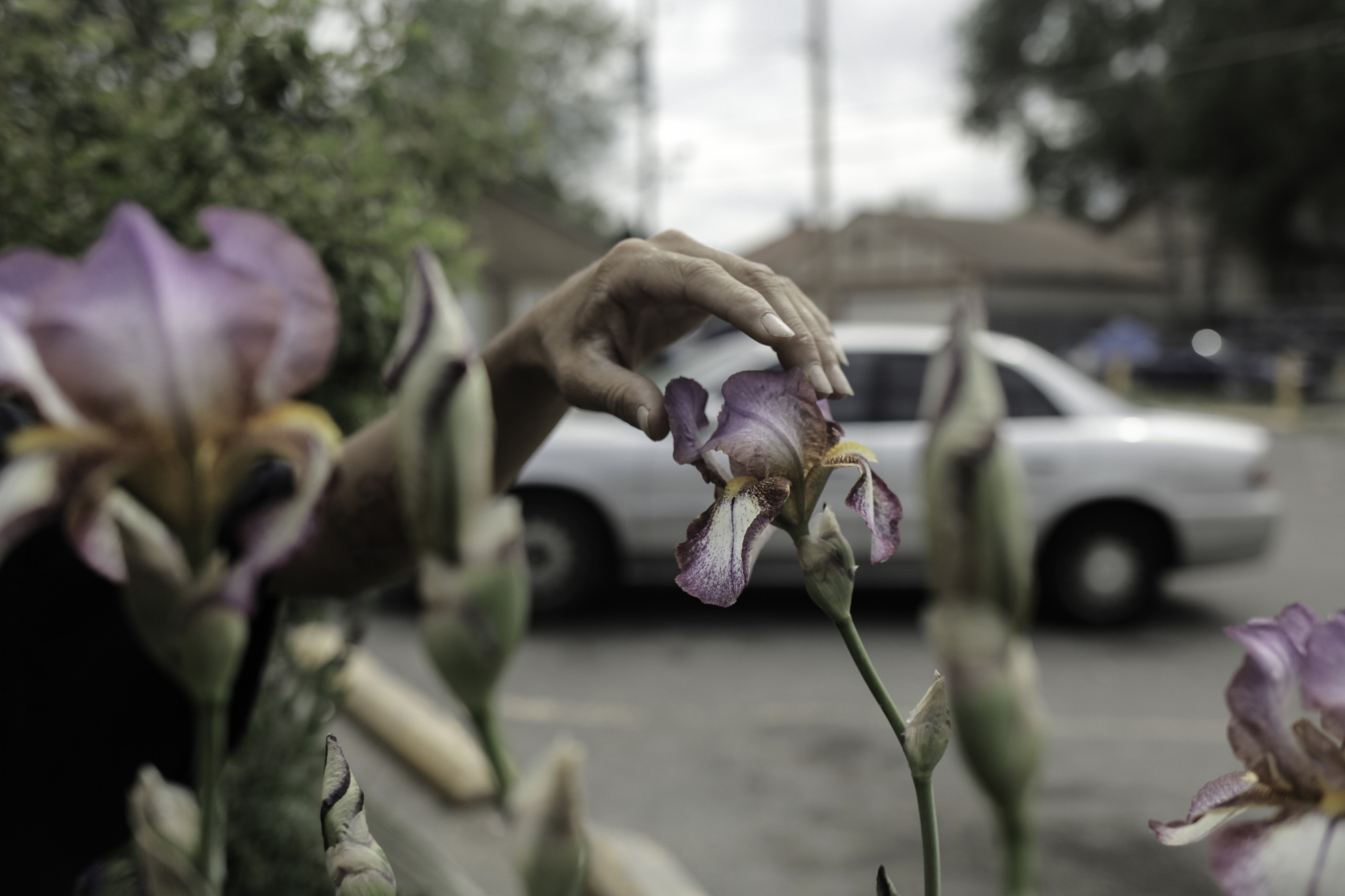 Mark's hand touching a flower while we were waiting for takeout Chinese food. Denver, CO. 2018. 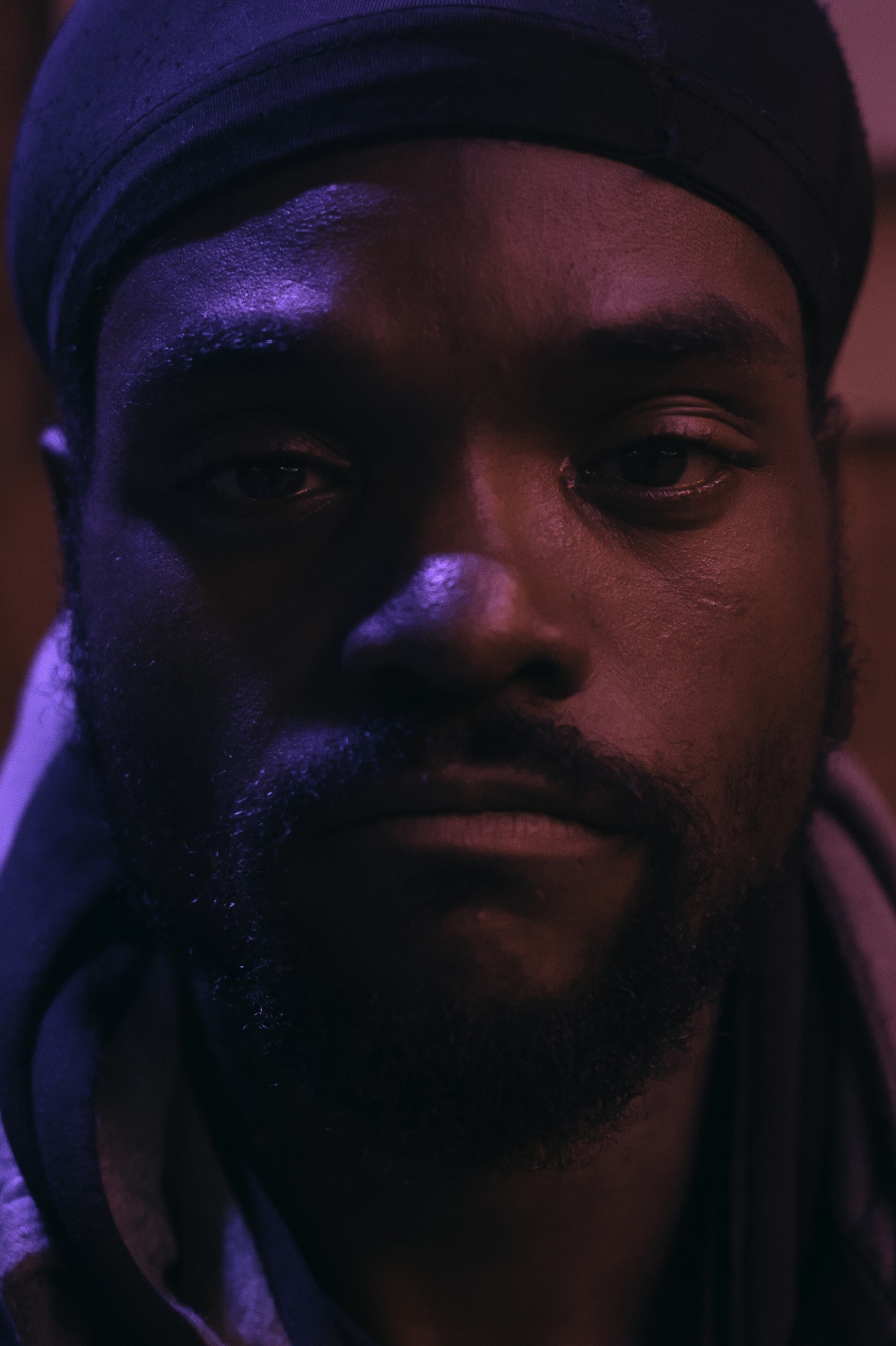 'Jonny B Good', a homeless man who has just been released from jail, hanging outside of a convenience store. Denver, CO. 2018. 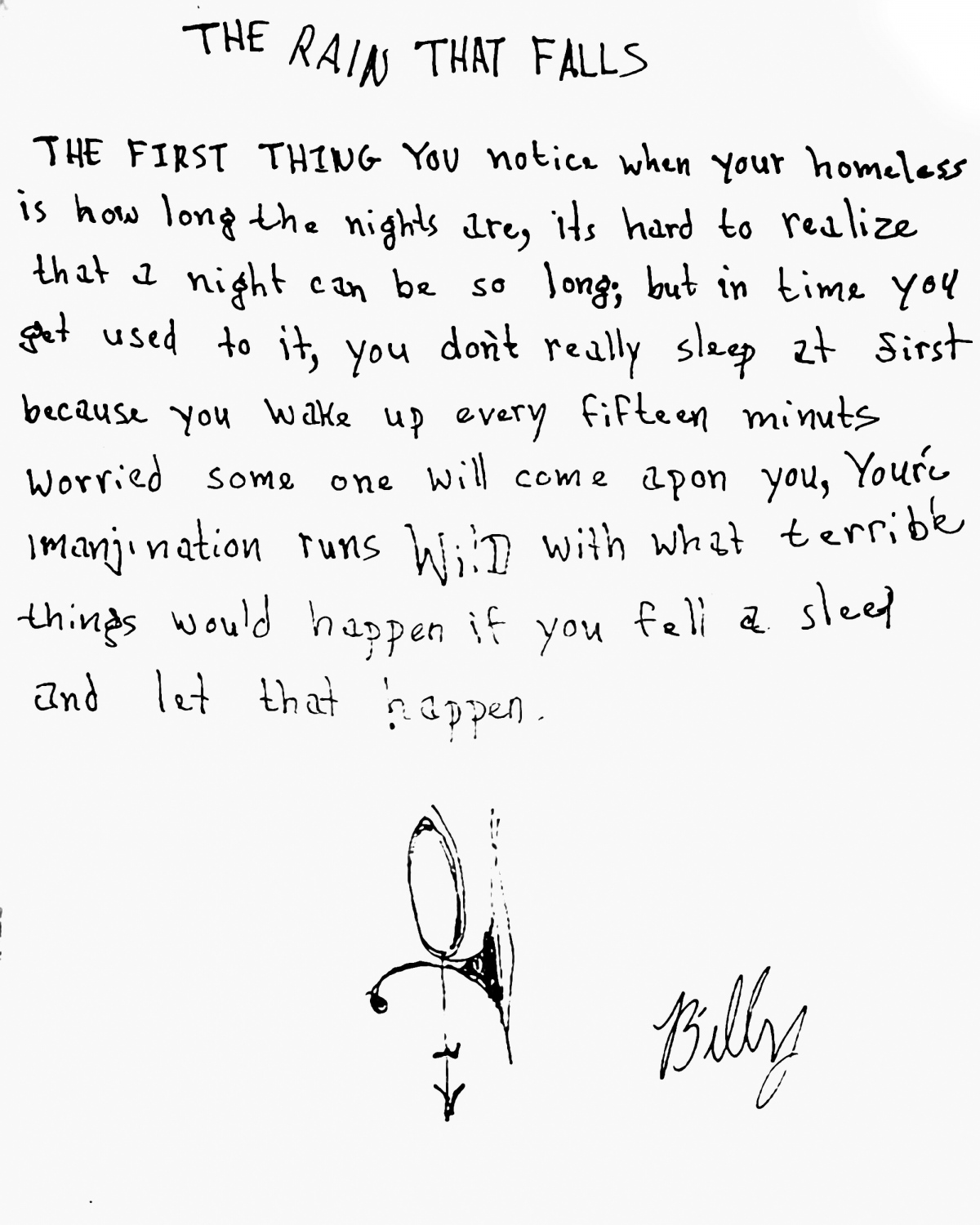 A letter from Billy.

Billy is a homeless man who wanders around Colfax Avenue, asking people for money in exchange for a poetry reading. This letter from Billy consists of the first paragraph of his piece 'The Rain That Falls'. Denver, CO. 2018. 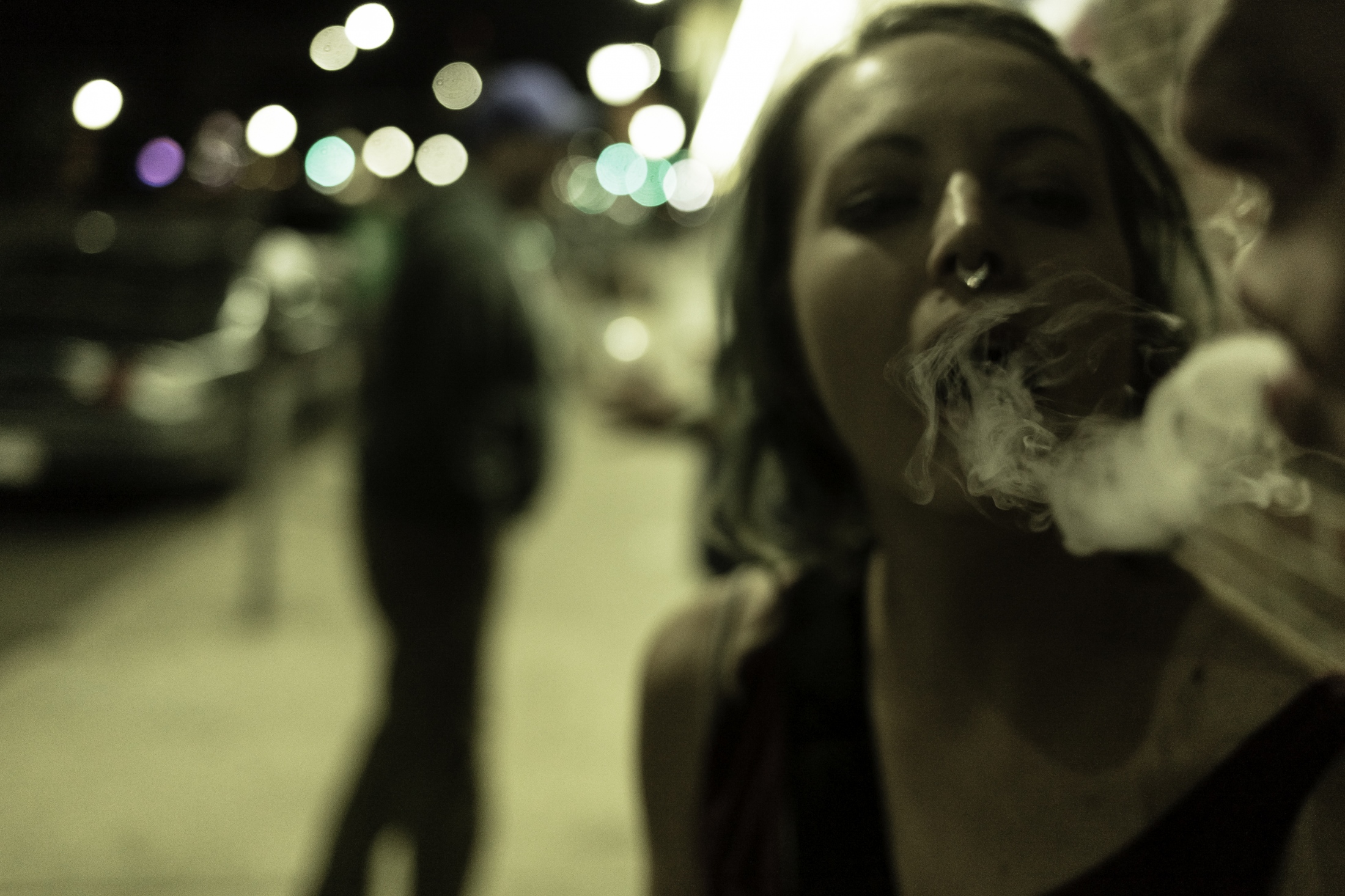 A couple of girlfriends share a marijuana joint outside of a nightclub in Colfax Av. Denver, CO. 2018. 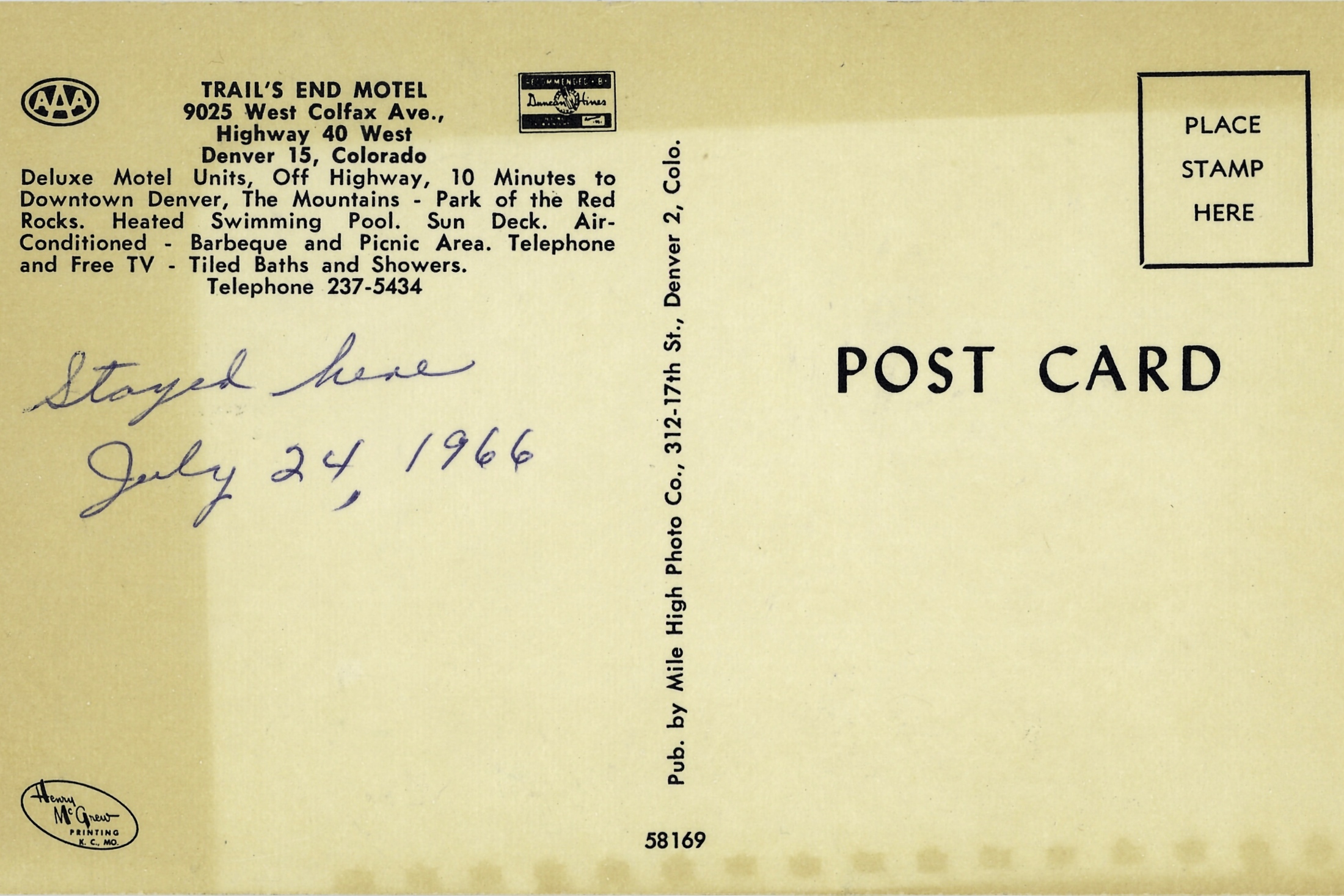 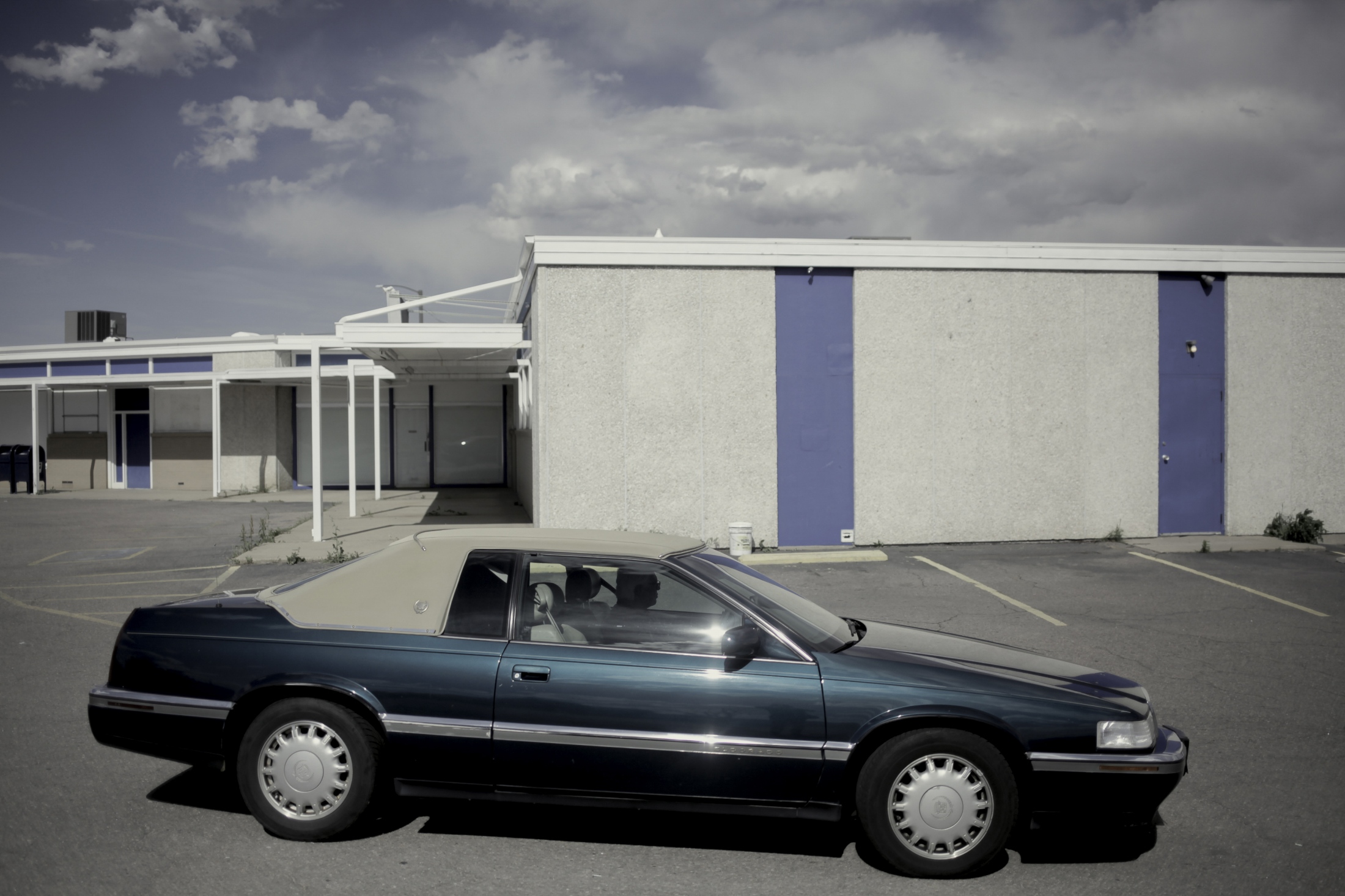 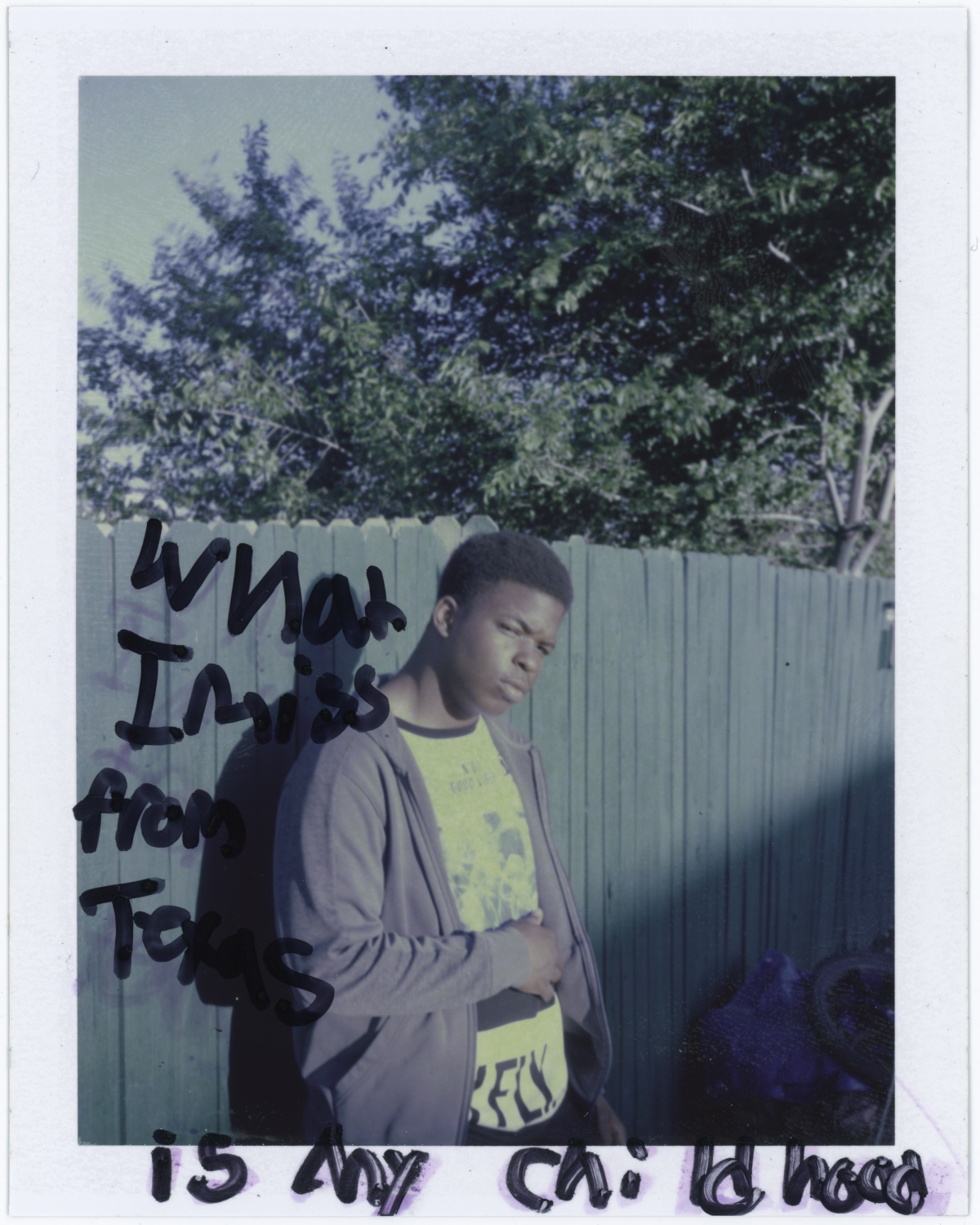 An underage boy who ran away from his hometown in Texas for reasons that he didn't want to discuss. Denver, CO. 2018.