An exploration of the cultural identity of Rockaway and the inequality of resilience, eight years after Hurricane Sandy. 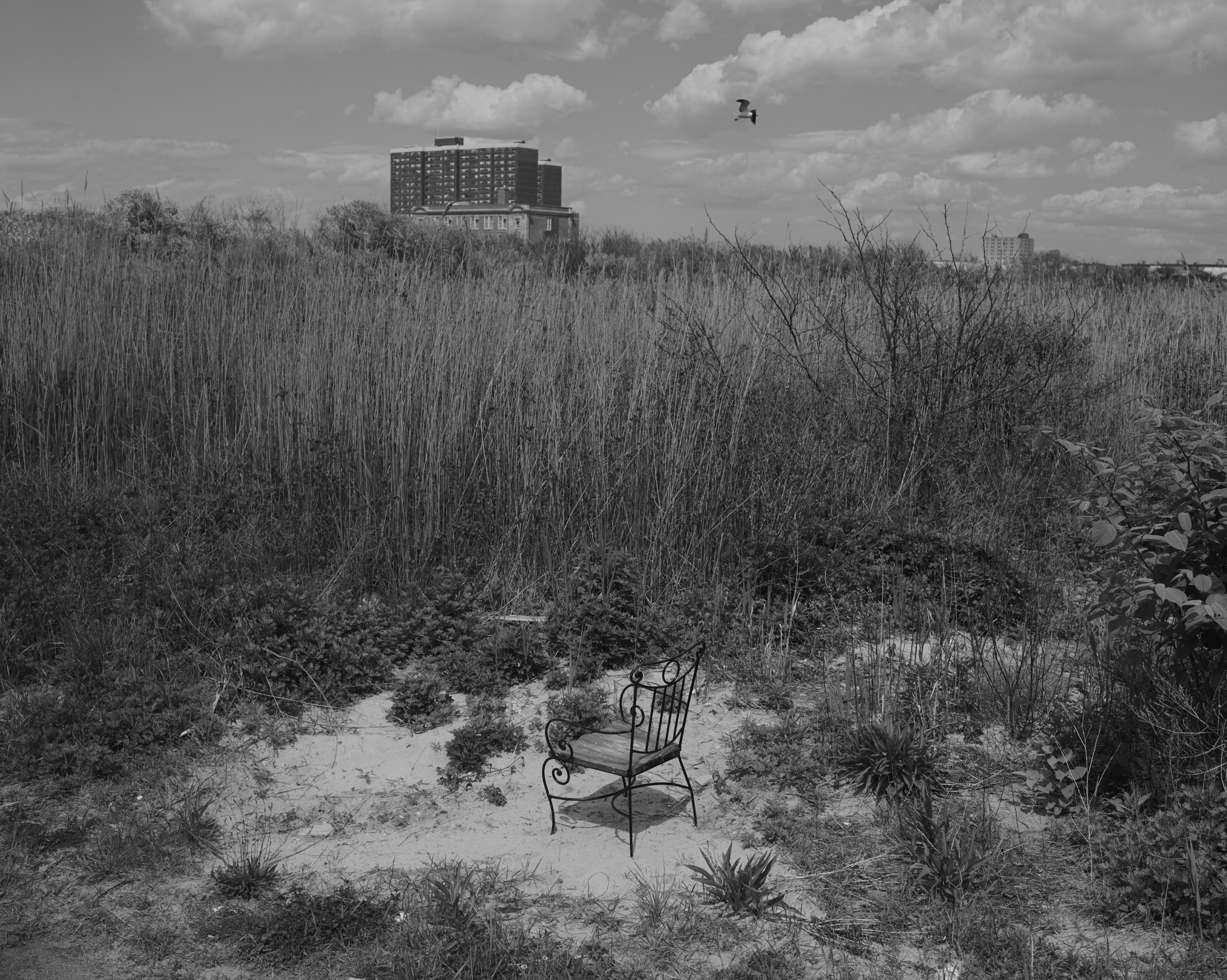 A chair in an abandoned zone in Far Rockaway. On October 29th, Rockaway Beach (Queens, NY) was severely damaged by the effects of the hurricane 'Sandy.' People in the front shore was the most affected and created a state of emergency in the area. Six years after the disaster, many areas where people used to live are now desert zones where nobody will rebuild anything ever again. New York, 2019. 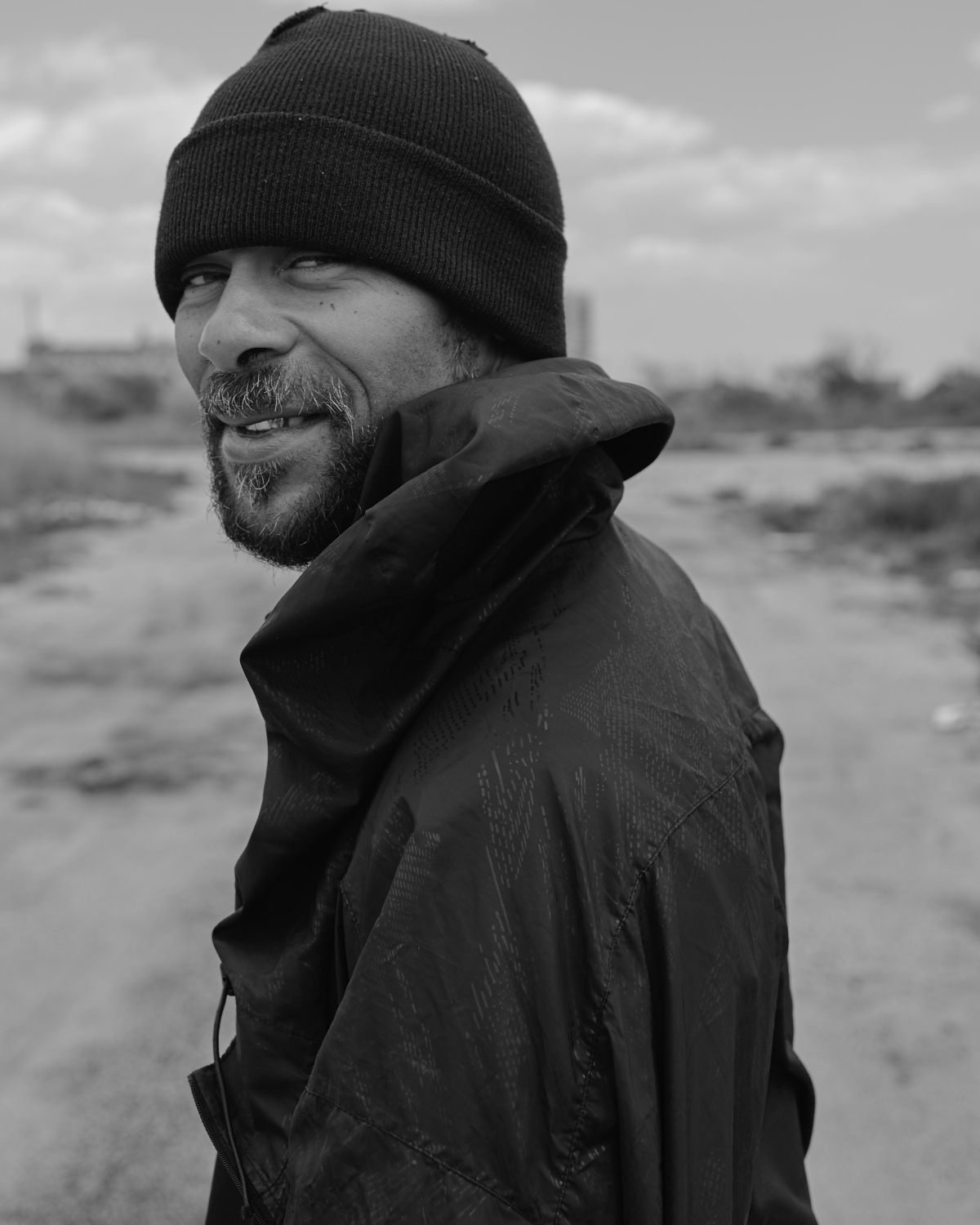 Bob, in a morning walk. Despite the tragic consequences, people who have been born and raised never went away. New York, 2019. 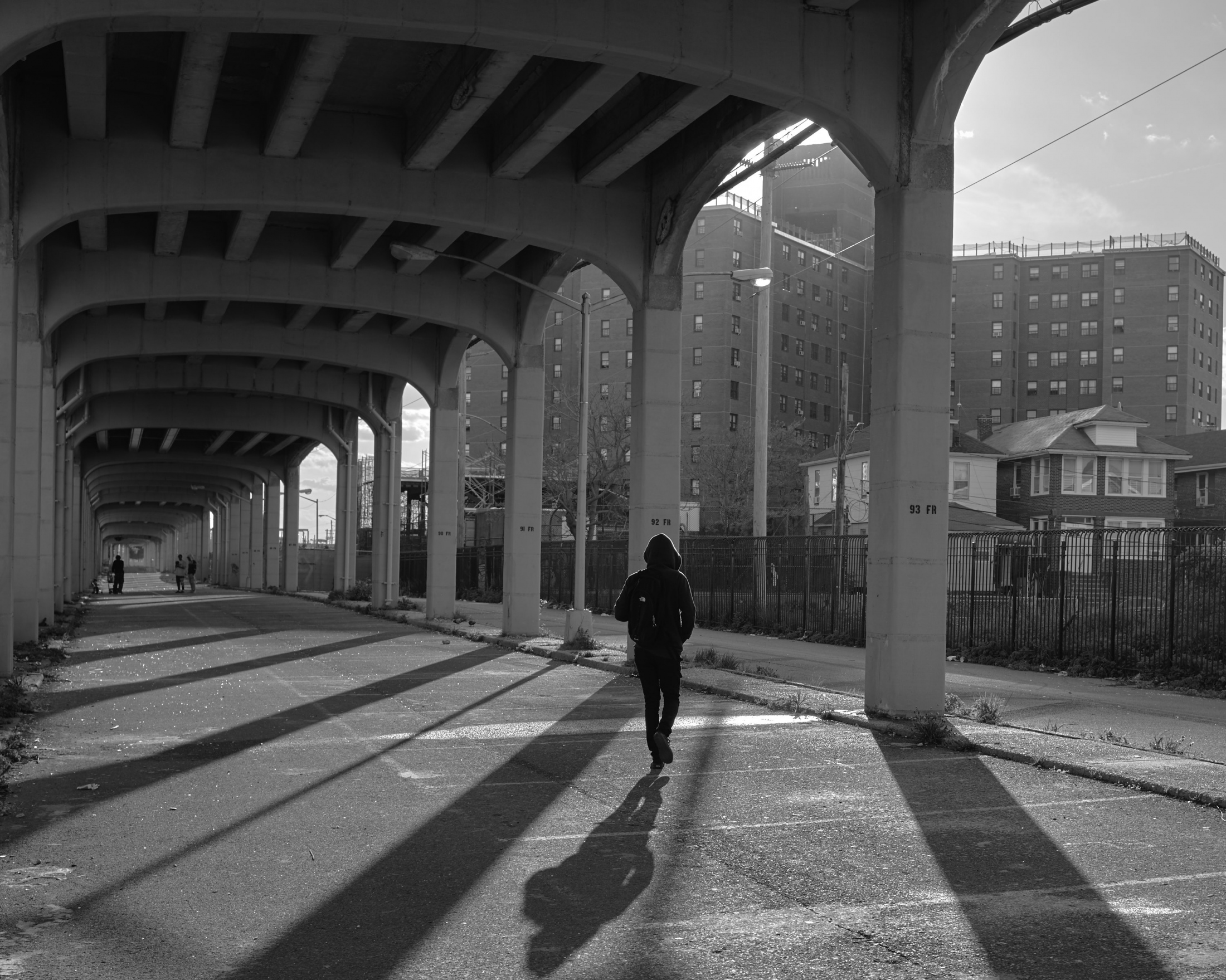 A young boy walks over Arverne, a street that remains closed underneath the train railway system. New York, 2019. 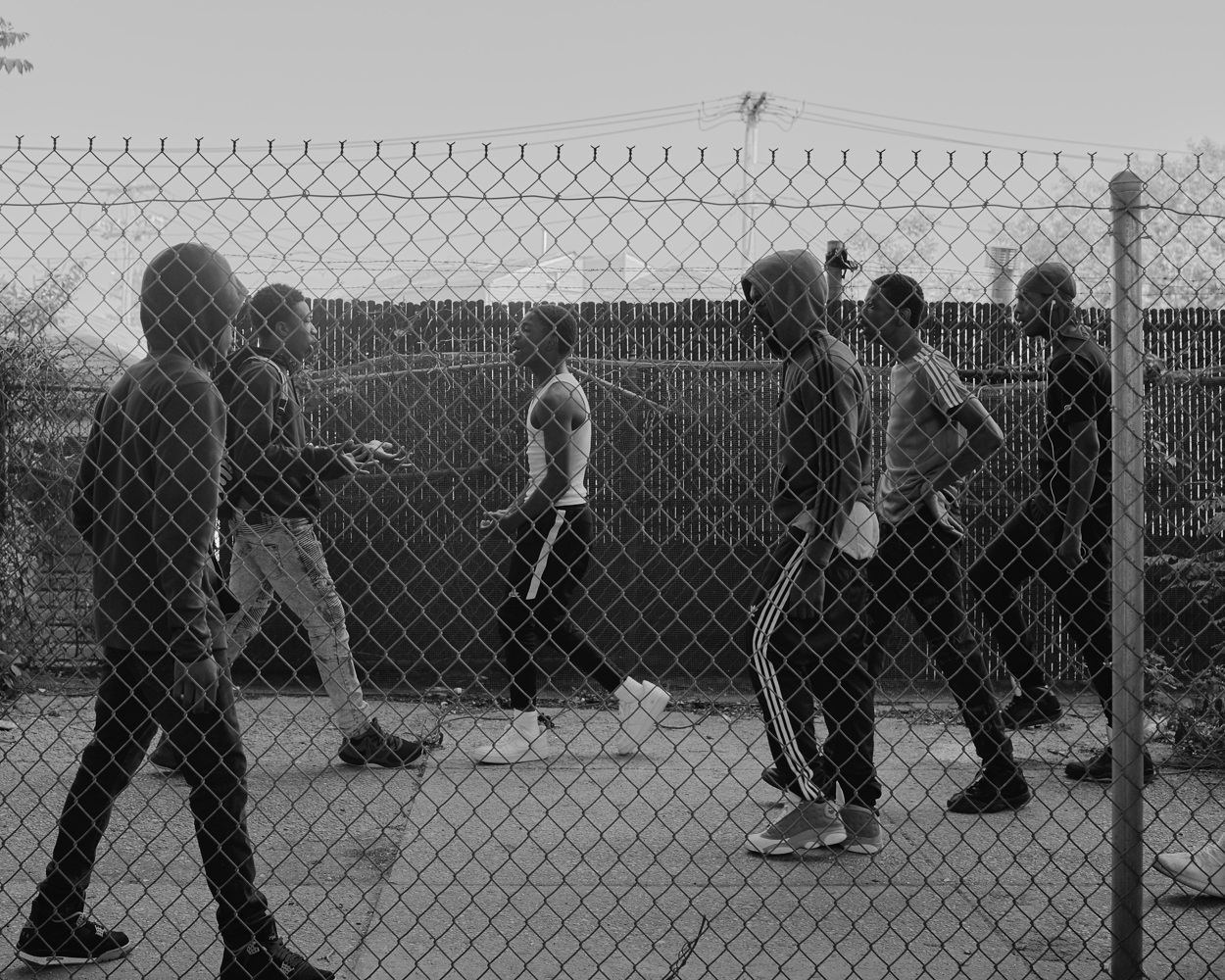 A group of teenagers confronting themselves for a BMX dispute. New York, 2019. 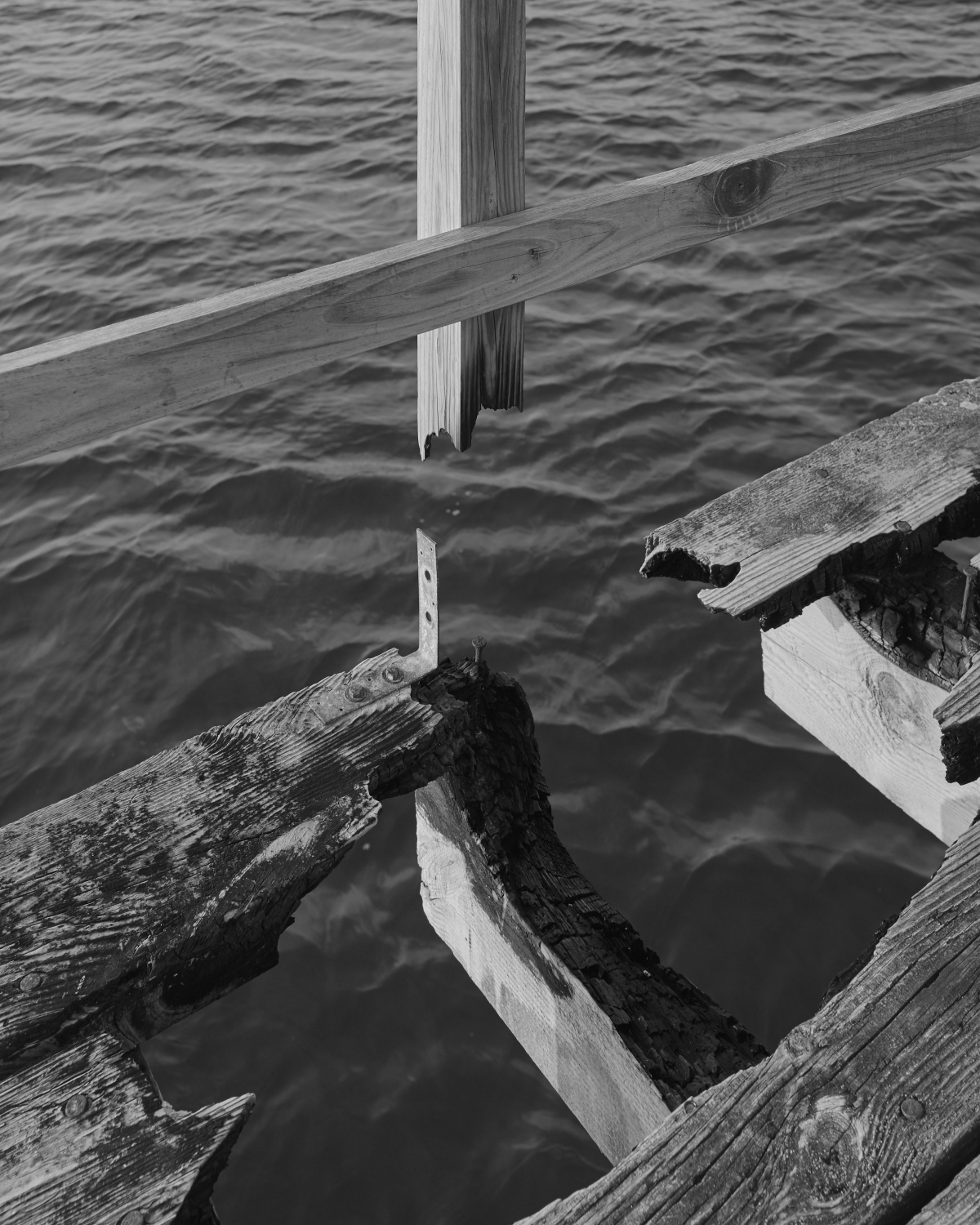 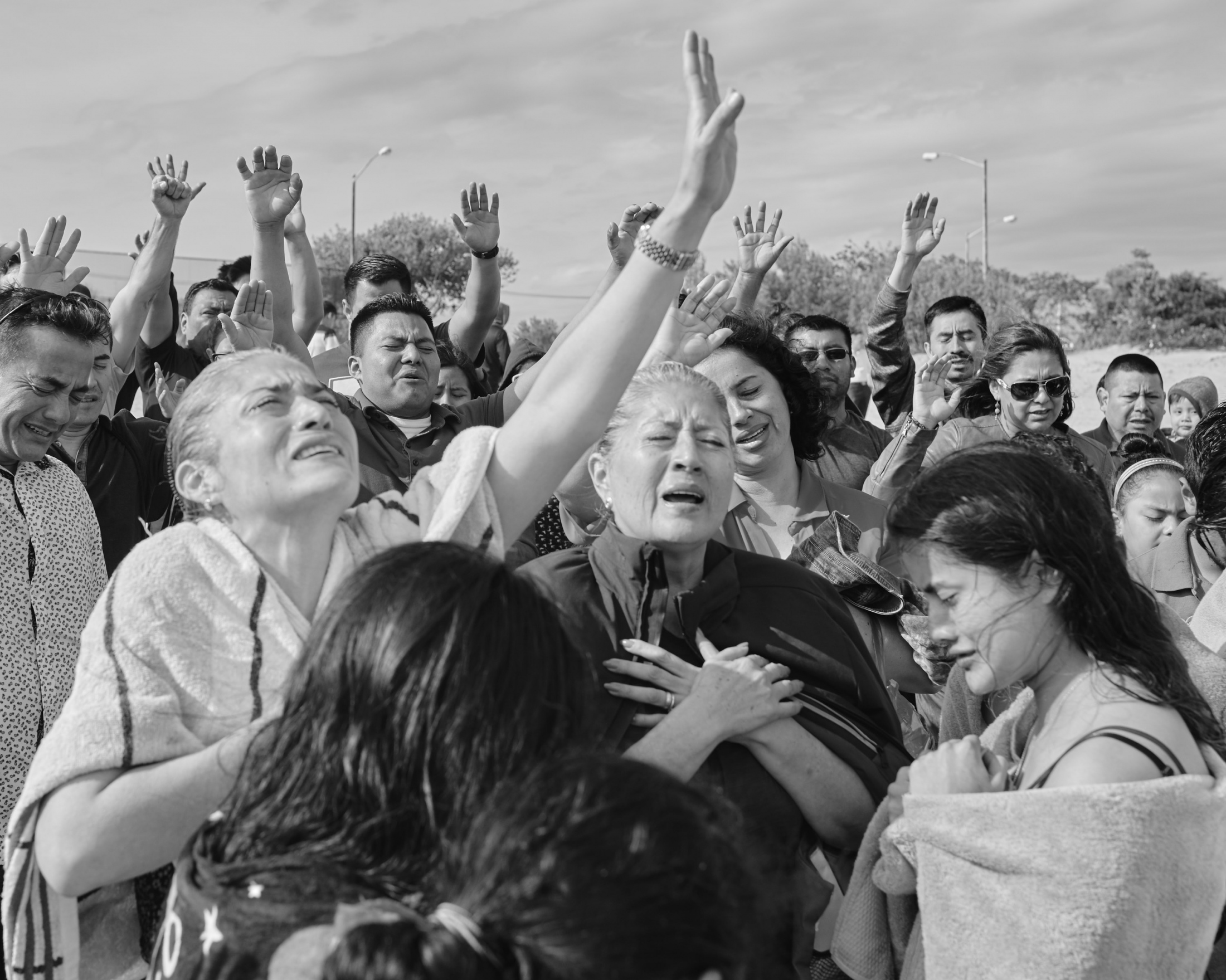 A group of Mexican evangelical cheers to a baptism celebrated over the Reynolds Channel in Far Rockaway. Different groups, coming from Queens, Bronx, and even nearby states,  uses the Rockaways a shared space to celebrate their religious beliefs. New York, 2019. 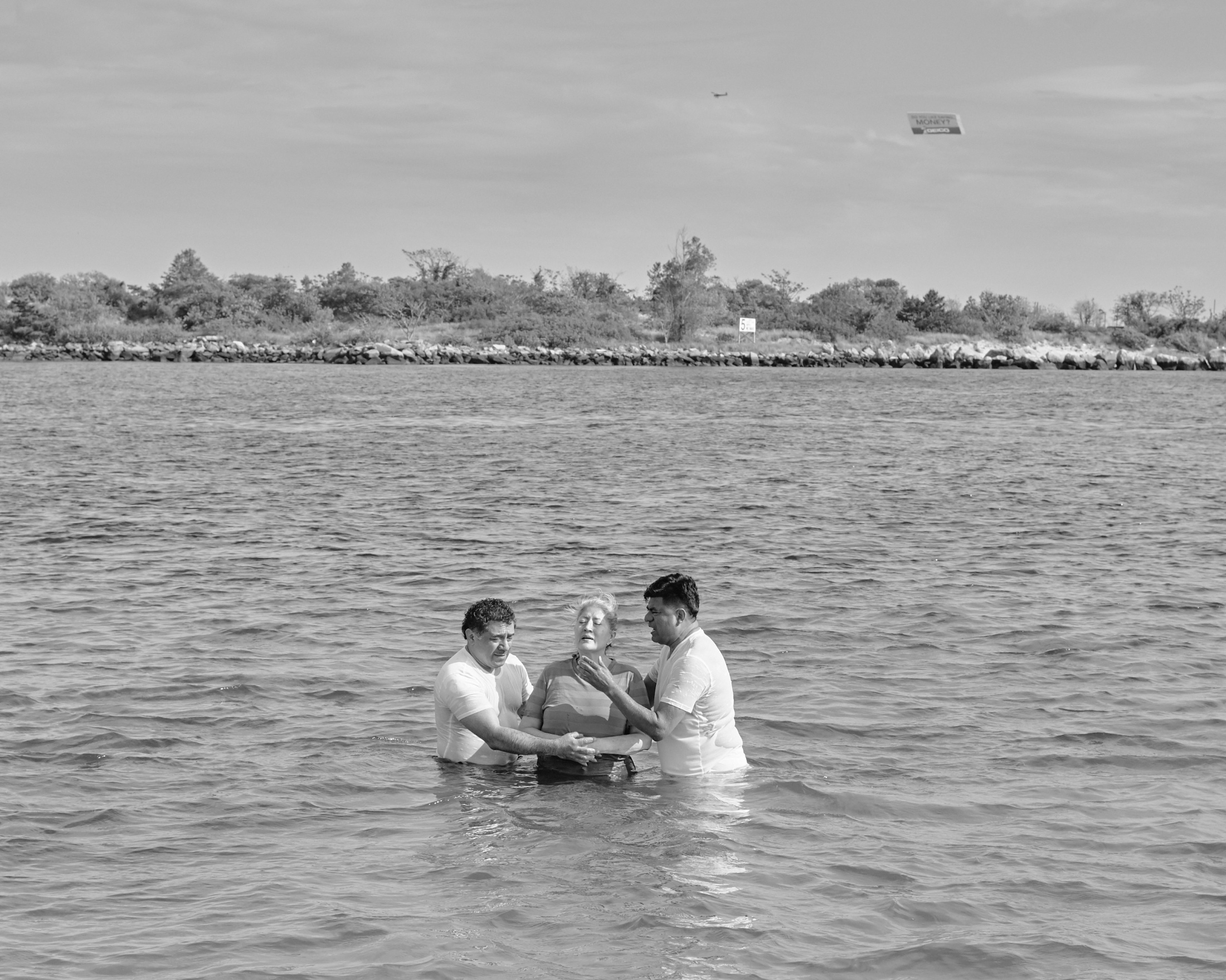 A group of evangelical celebrates a baptism in a Sunday morning, over the Reynolds Channel in Far Rockaway. New York, 2019. 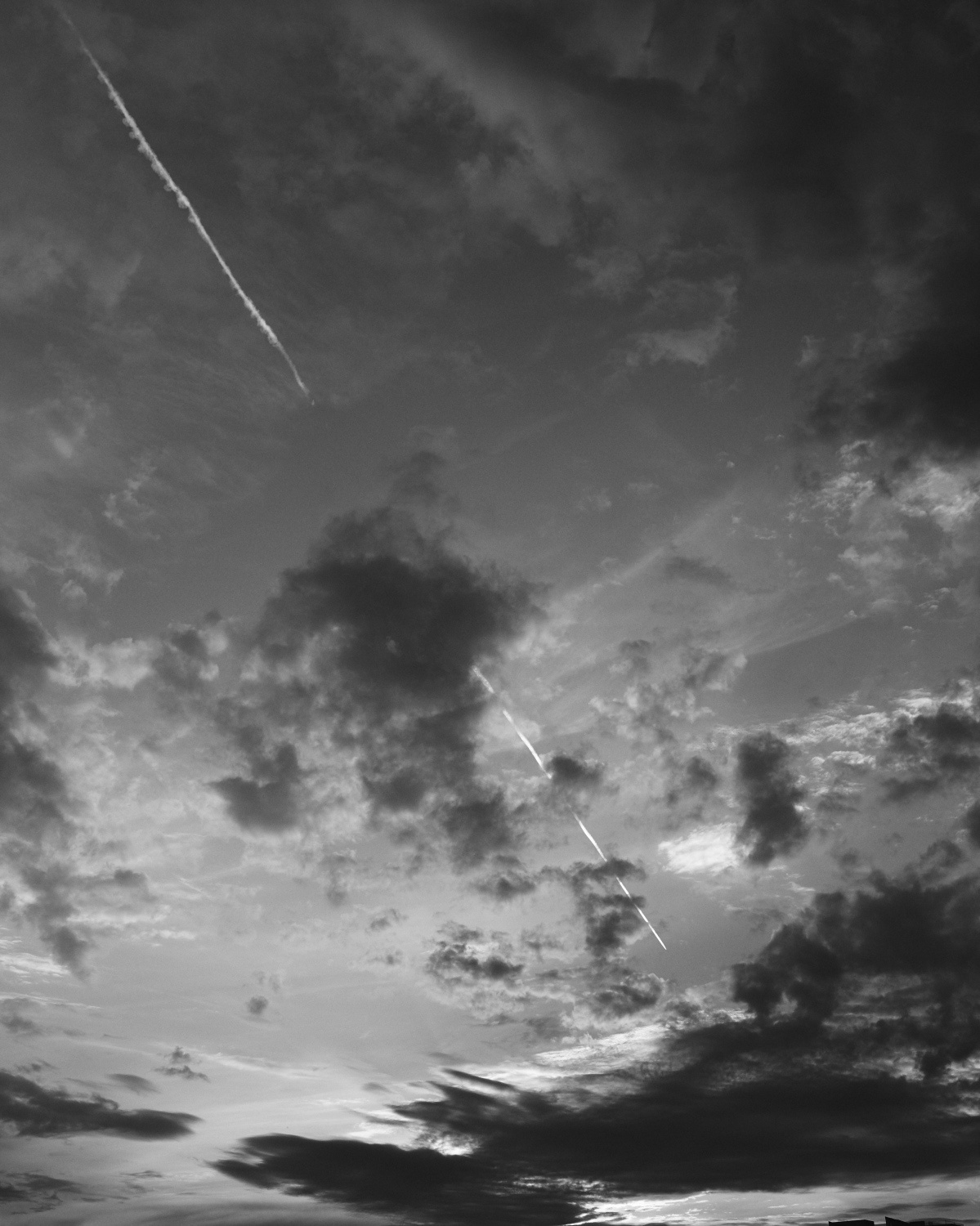 The view of a sunset interrupted by a plane approaching the JFK terminal that receives around 800 flights per day crossing the Rockaway area. New York, 2019. 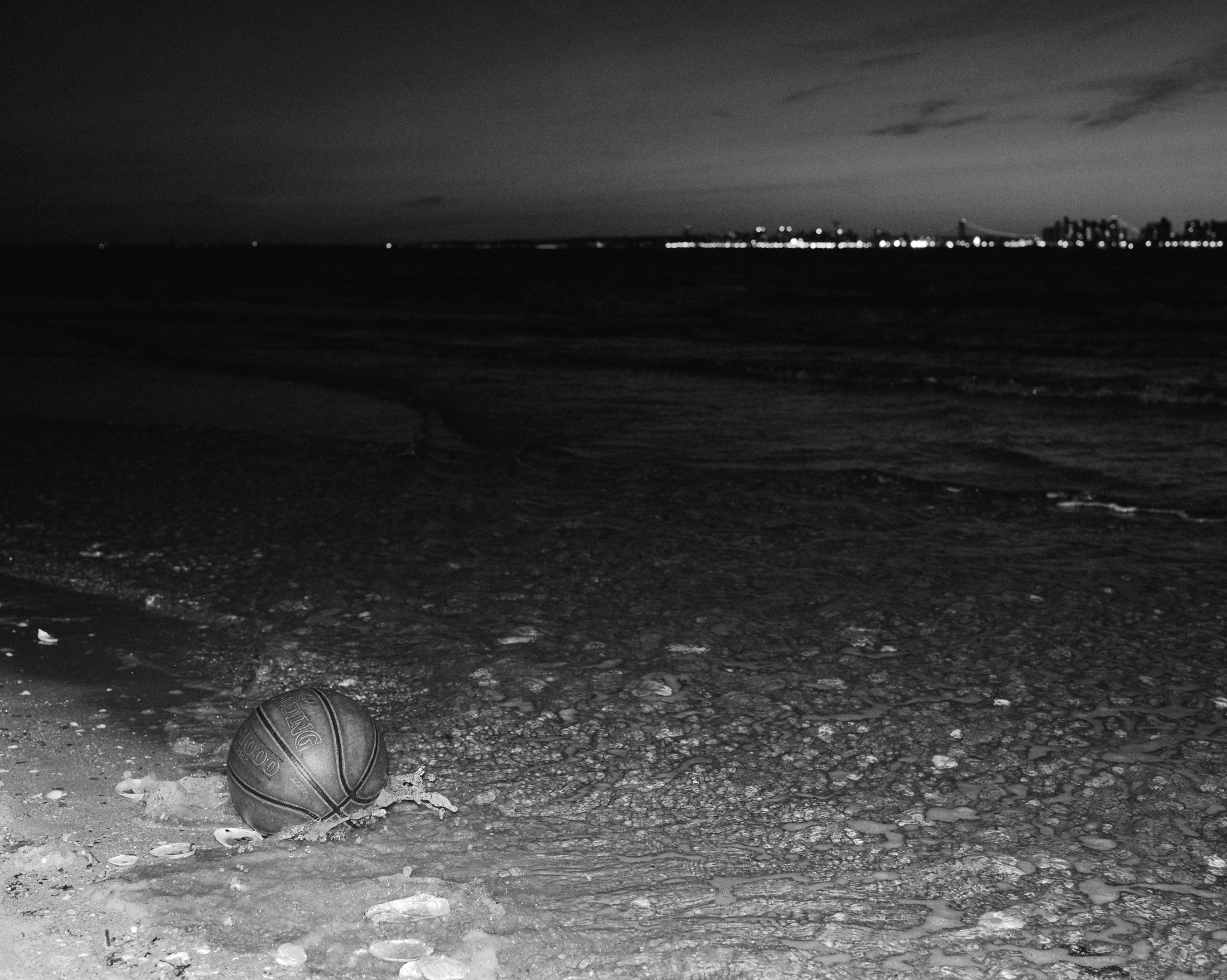 A castaway basketball floats on the shore of 'Breezy Point' in the western side of Rockaway beach, with a view to Fort Hamilton area in Brooklyn. New York, 2019. 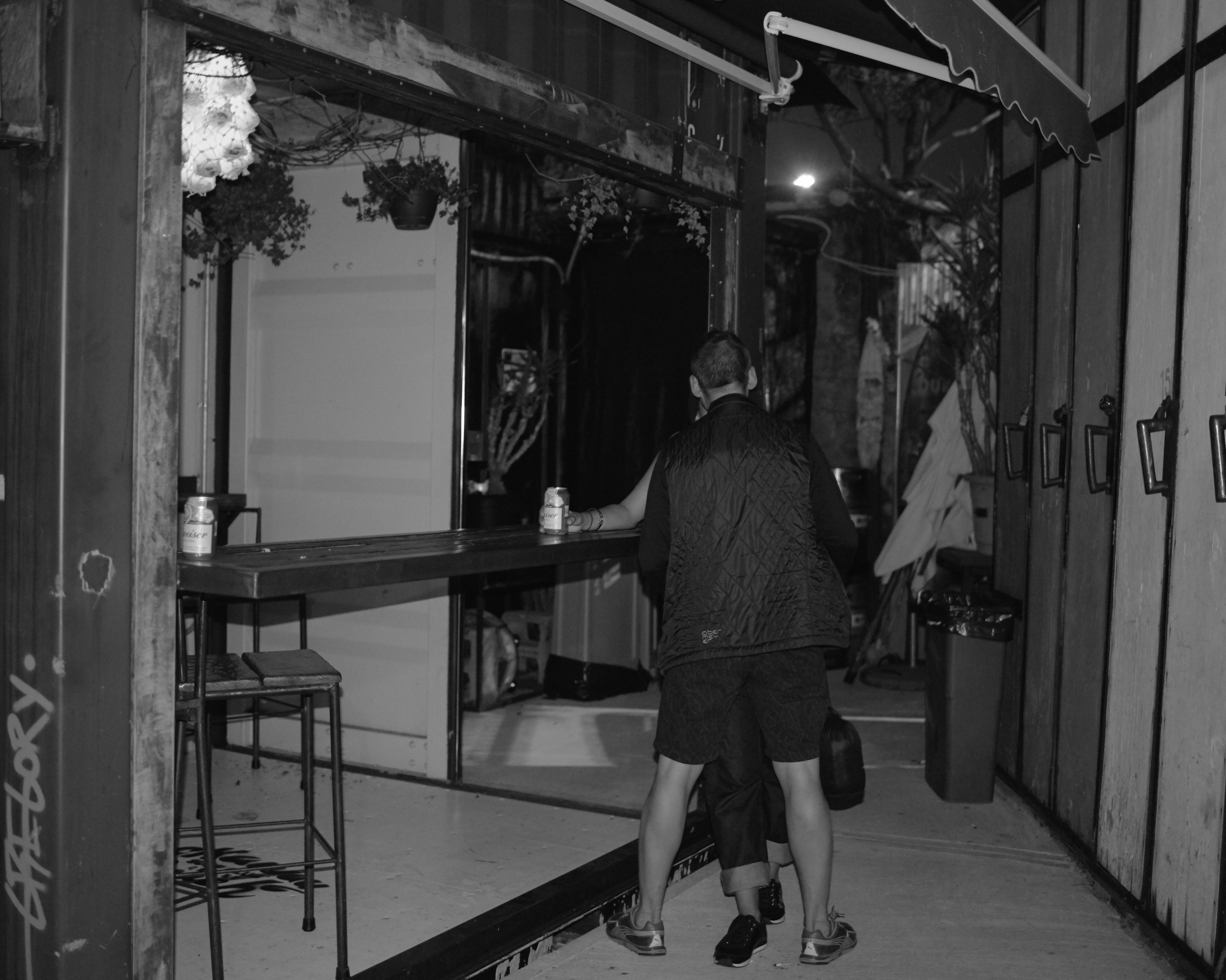 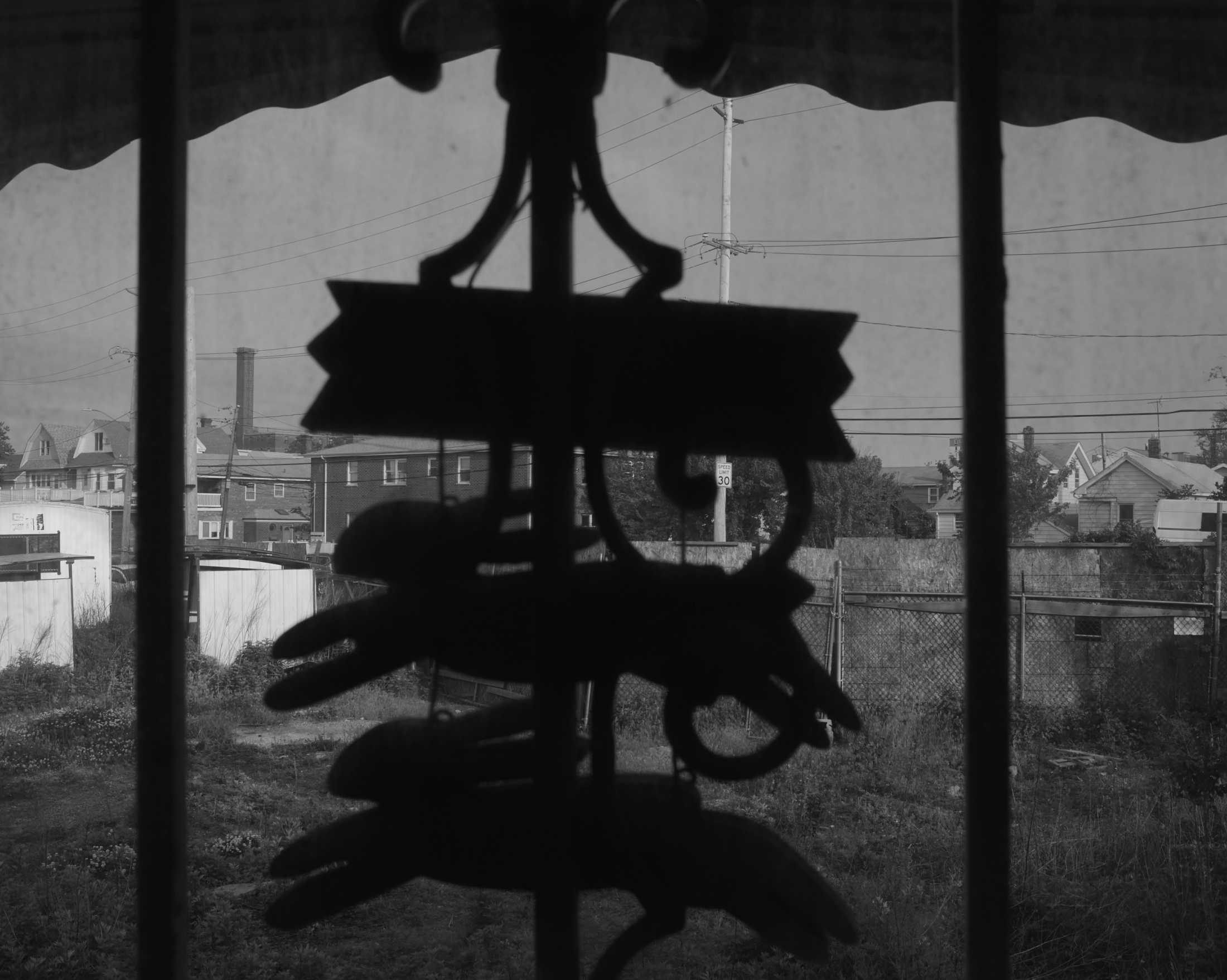 Detail from the interior of an abandoned house, that was destroyed by the hurricane Sandy in 2012. New York, 2019. 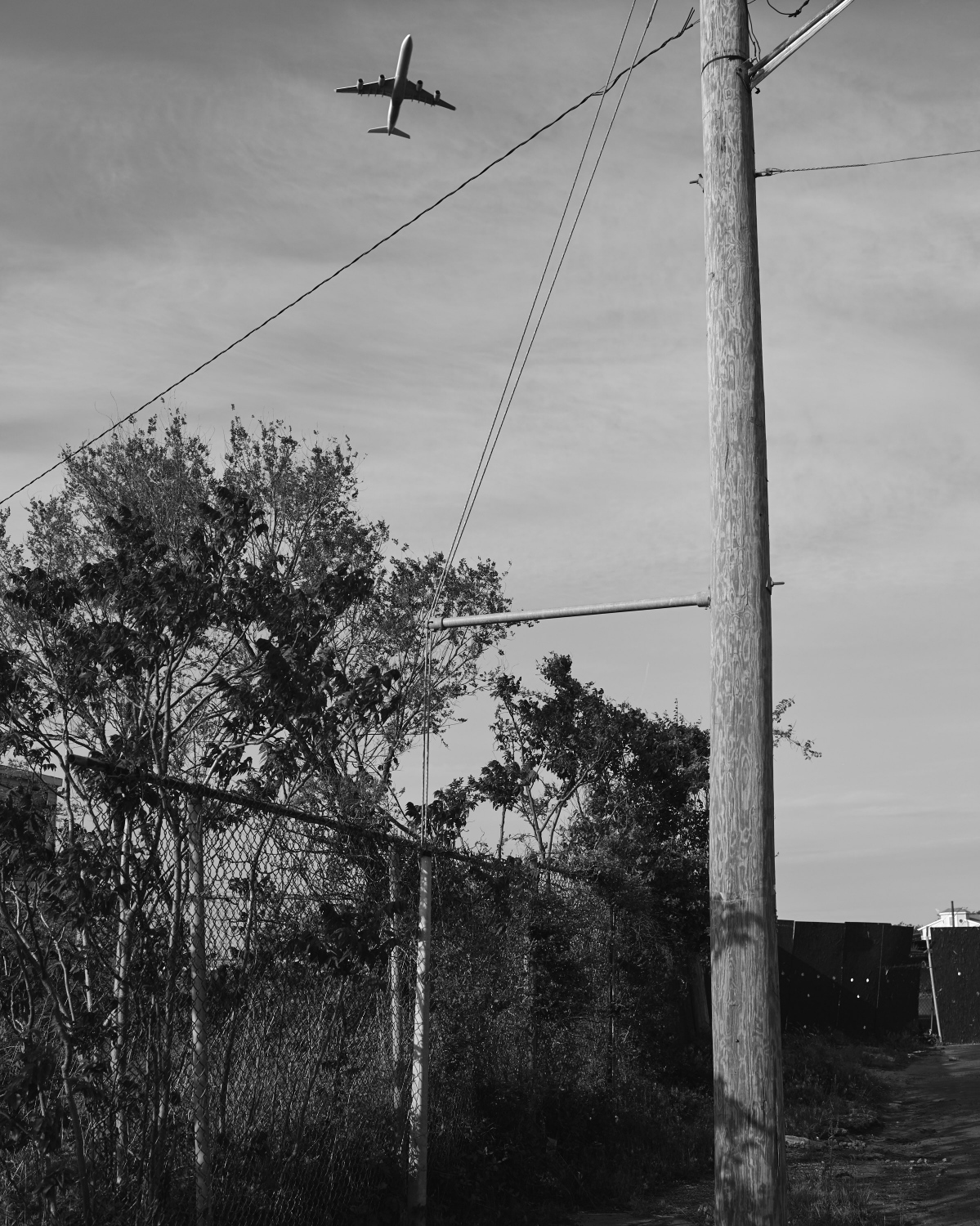 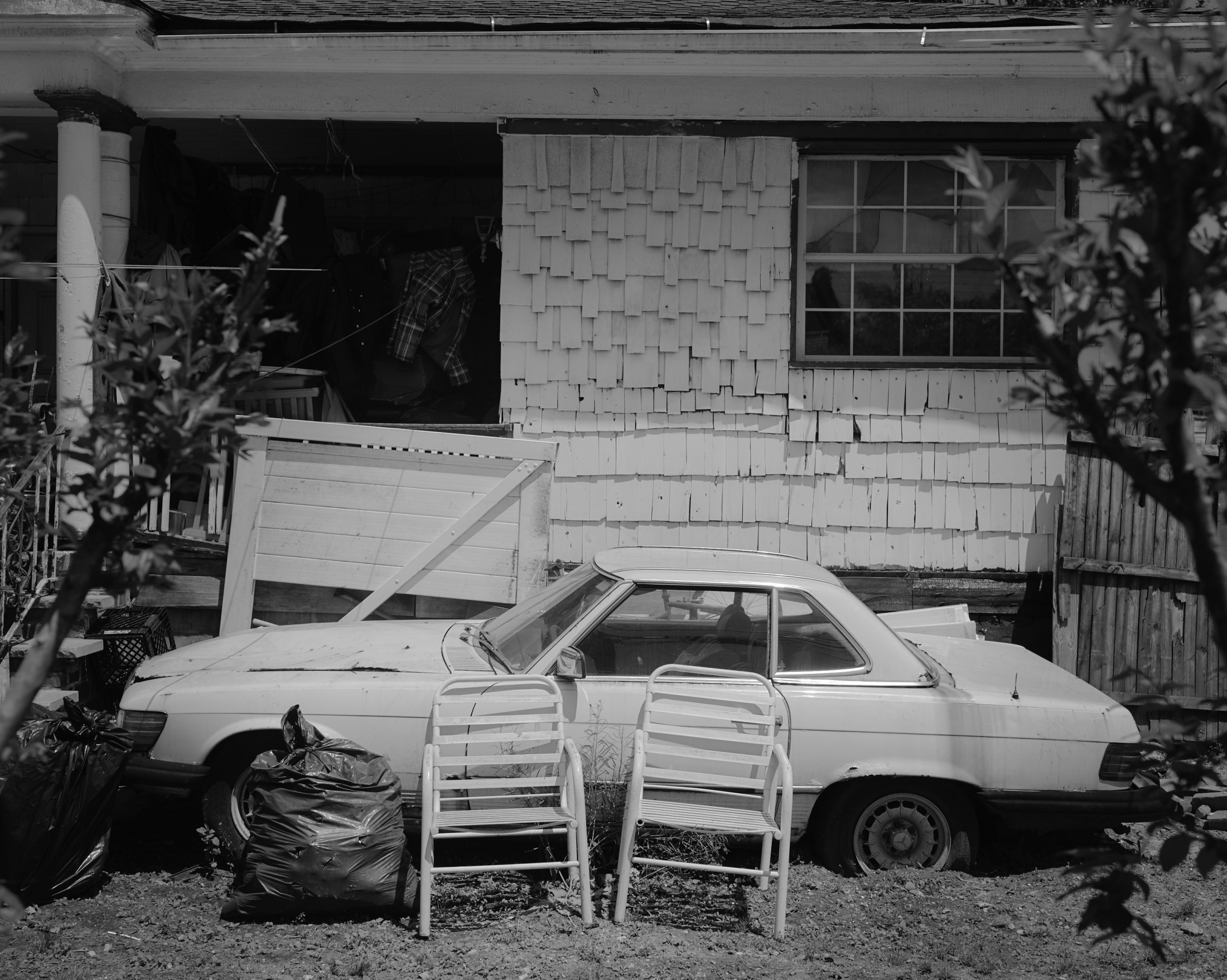 A broken car parked in the porch. Even though most all the houses are already repaired or demolished and rebuild, there are still some people that never throw away their most precious belongings. New York, 2019. 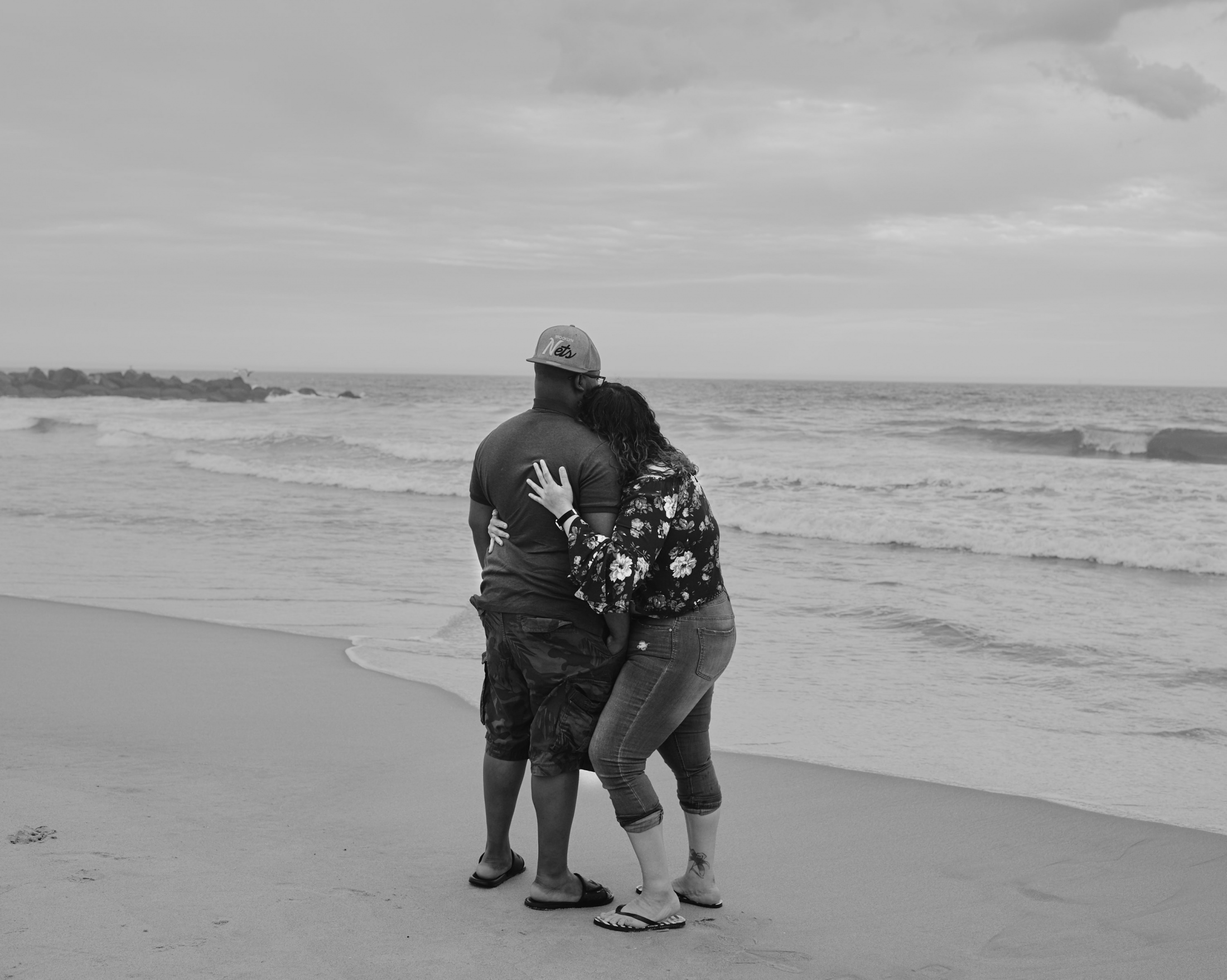