Today, there are more than forty organizations that 'squats' hundreds of abandoned properties, giving them a social function by allowing families, immigrants, students, or workers in a homeless situation, to live in these places.

In 2013, I started visiting the 'Marconi' building. During this process, I became part of the community while I lived there for periods of six up to eight weeks at a time, sometimes for two or three times a year. The full body of work consists of a series of photographs, video interviews, archive material, and collages from the personal notebook.

'PRÉDIO' explores the life stories of these occupants from inside the 'Marconi' building, in the 'Barrio Centro Republica' São Paulo, Brazil. Likewise, the project explores the organization and relevance of social movements that fight for housing and human rights advocacy.

On the thirteen floors of the 'Marconi' squat, about four hundred people live in offices reconditioned to rooms of 9 to 12 m2, under the uncertainty of a decent housing solution. Within it, the notion of home (a space of emotional relationships and identity), becomes fleeting because of memories and expectations of a more stable future. 'Marconi' is a place where life stories share common experiences of nostalgia and loss.

These universal stories ask us: How do we deal with the problem of social housing in our own country? Who organizes? Who are the criminals on this system?. 'PREDIO' encourages the dialogue about the housing problem in major cities. Evidencing these stories will hopefully help to understand from a South American historical context, what do we leave behind from our identity and collective memory. 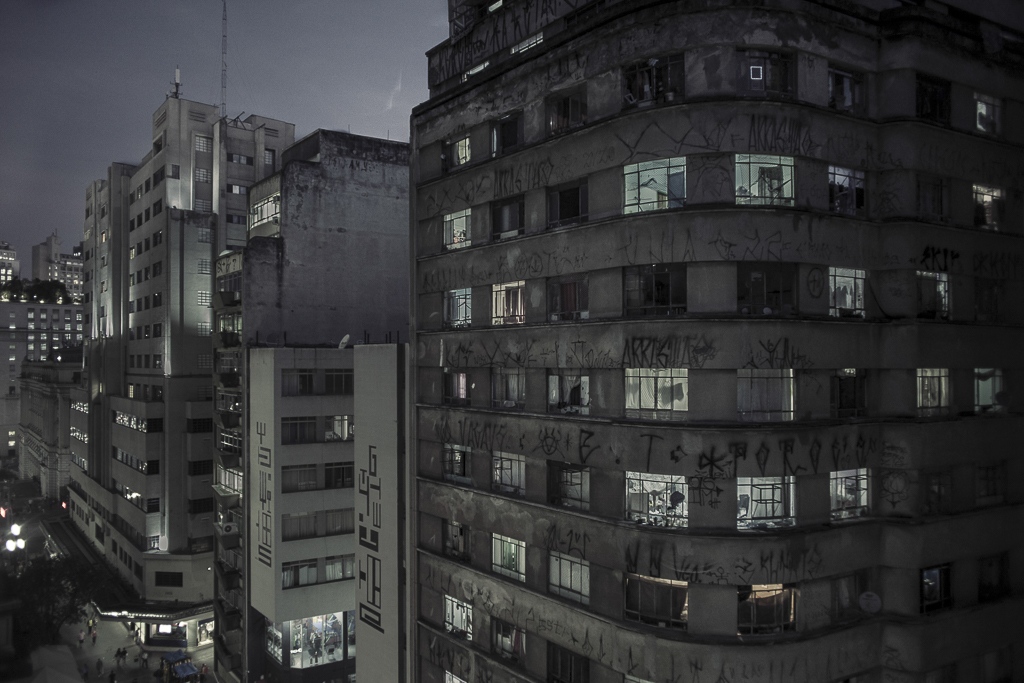 Inside of the "Marconi" squat, a building constructed in the lates 30's, around 400 people are living on precarious conditions and waiting for a resolution from the local government to be relocated or for these buildings to be transformed into public housing. 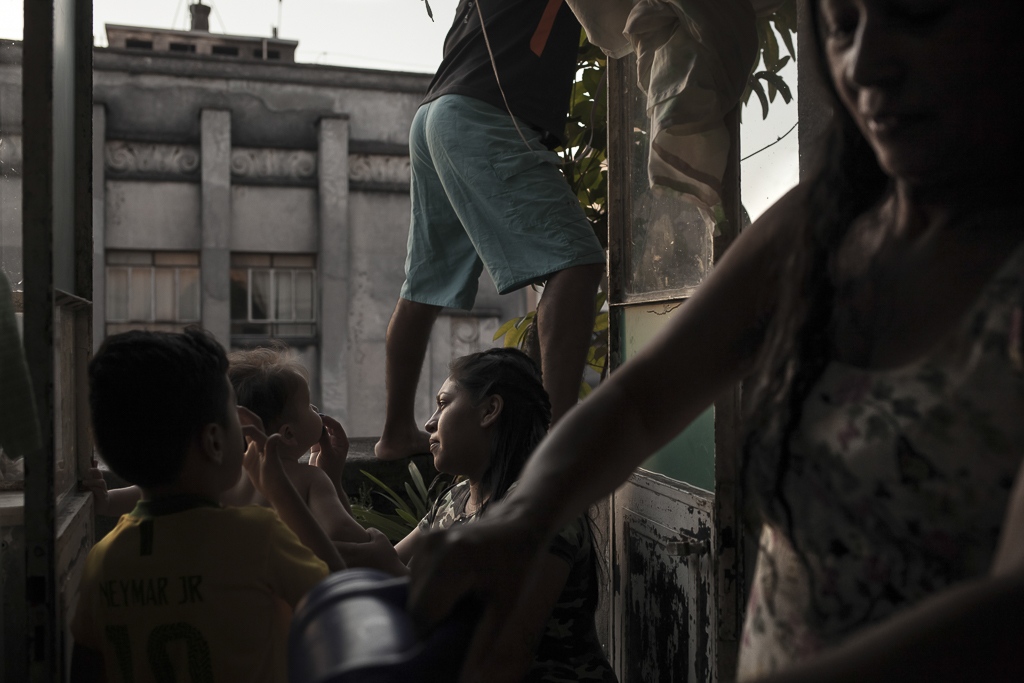 Inside of the building, every space has be re-designed into bedrooms or commons spaces. Generally, they were former office buildings that have been abandoned. 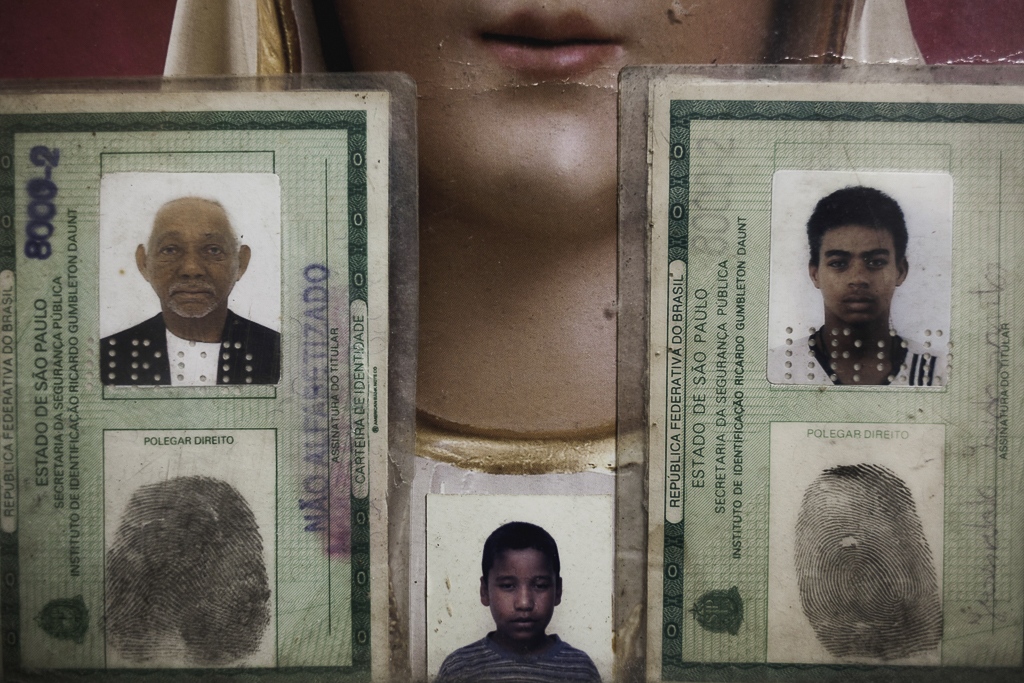 A small collection of families IDs and portraits, in an attempt to keep these spaces as much as human and personalized, can be. 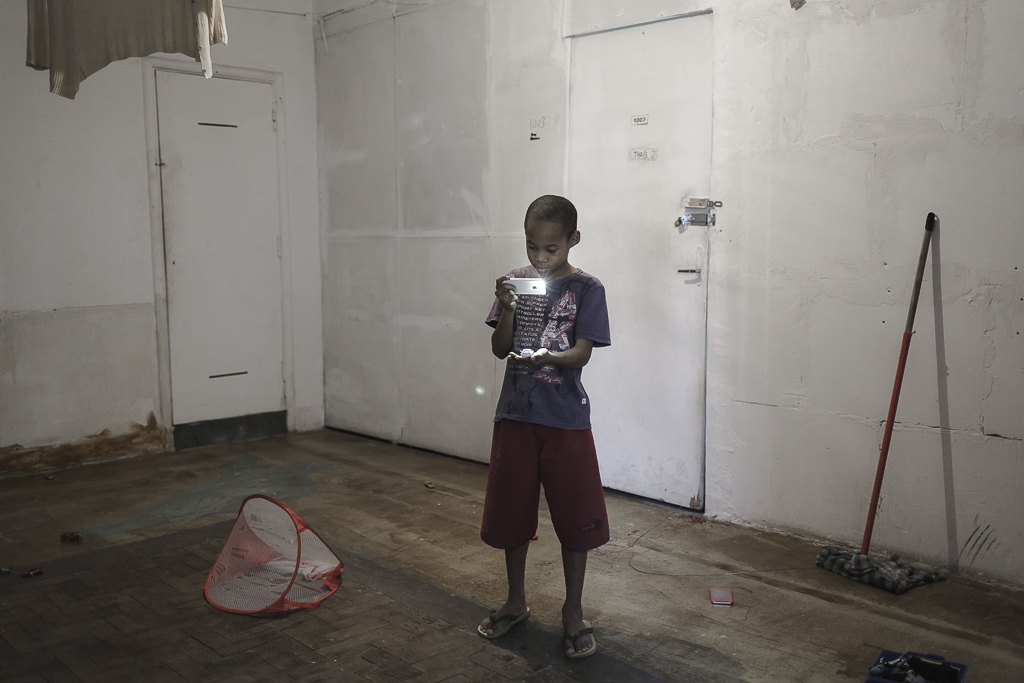 A kid plays with a phone, taking a picture of his own toys. 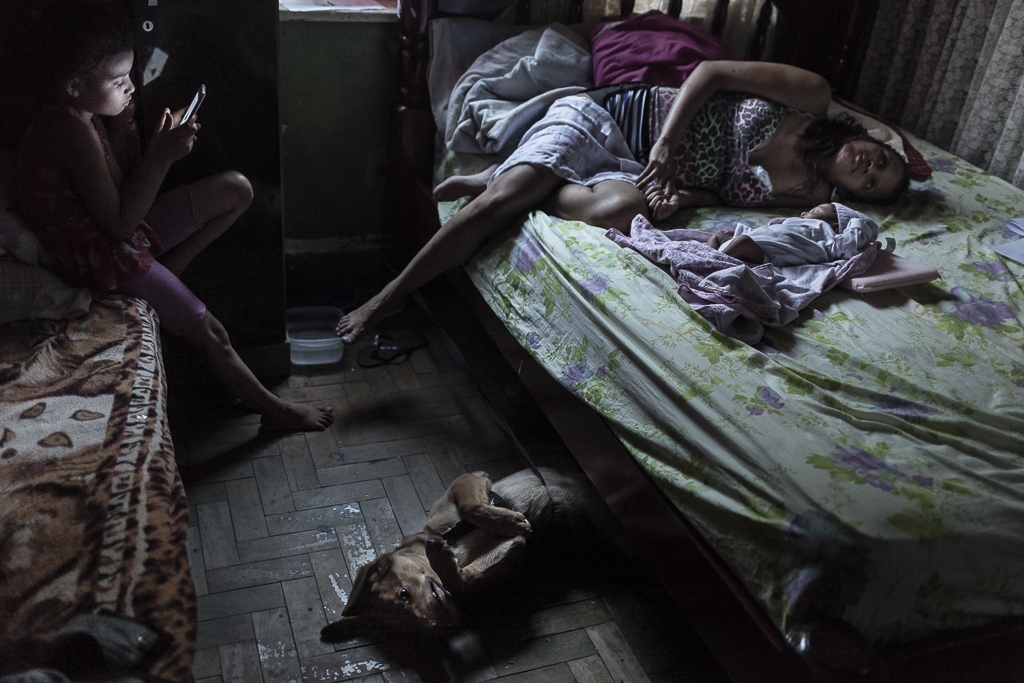 Spaces that have been changed for other uses, are often compact. What was once a lawyer office, now is a space for a family of four. 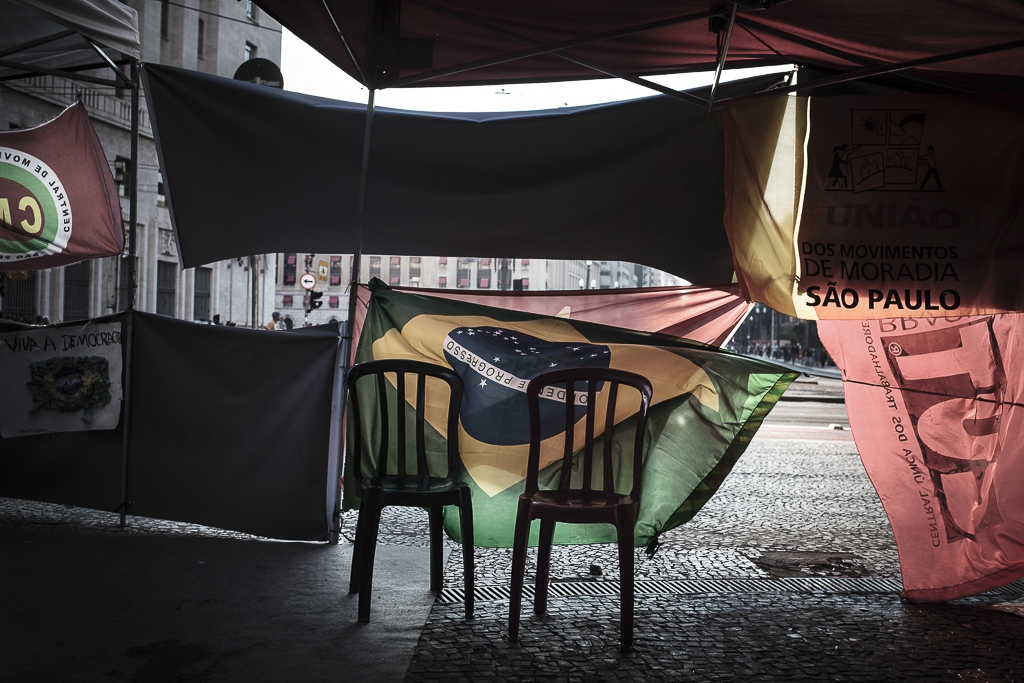 Demonstrations and protests are part of the daily life of citizens of Sao Paulo.  During the nineties, the working class and social groups began squatting in abandoned buildings in São Paulo’s (Brazil) downtown. Today, there are more than 40 different movements that congregates families, immigrants and/or workers occupying hundreds of abandoned properties throughout the country. 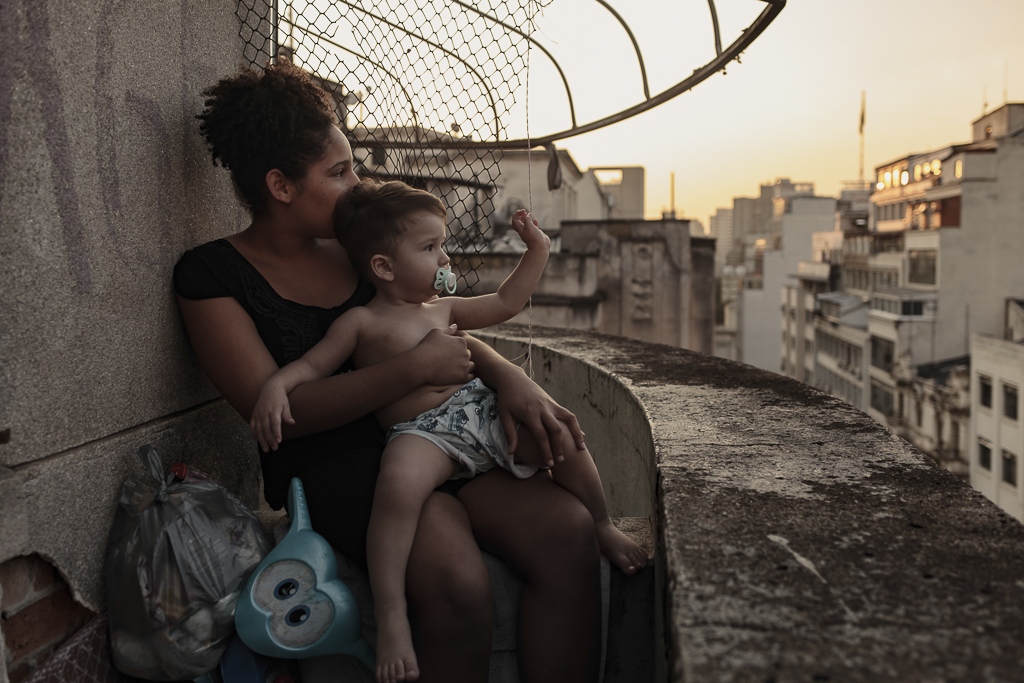 The "Marconi" building has been occupied for at least six years waiting for the resolution that can officially change its status and can be transformed into subsidized housing. 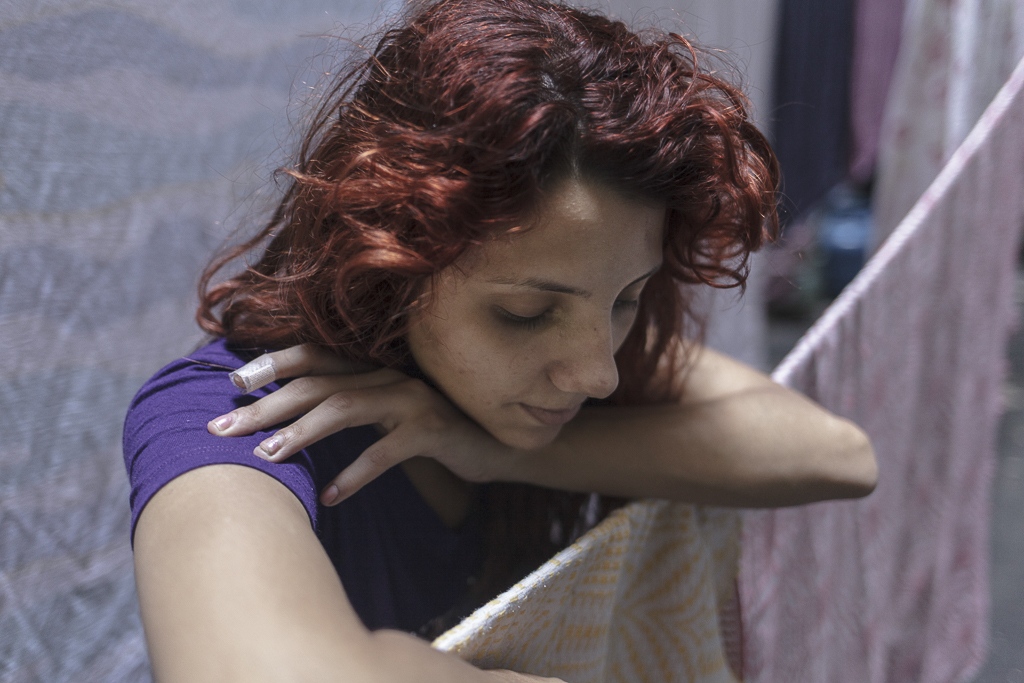 A young girl rest while she is doing laundry in a dedicated common space inside the building. 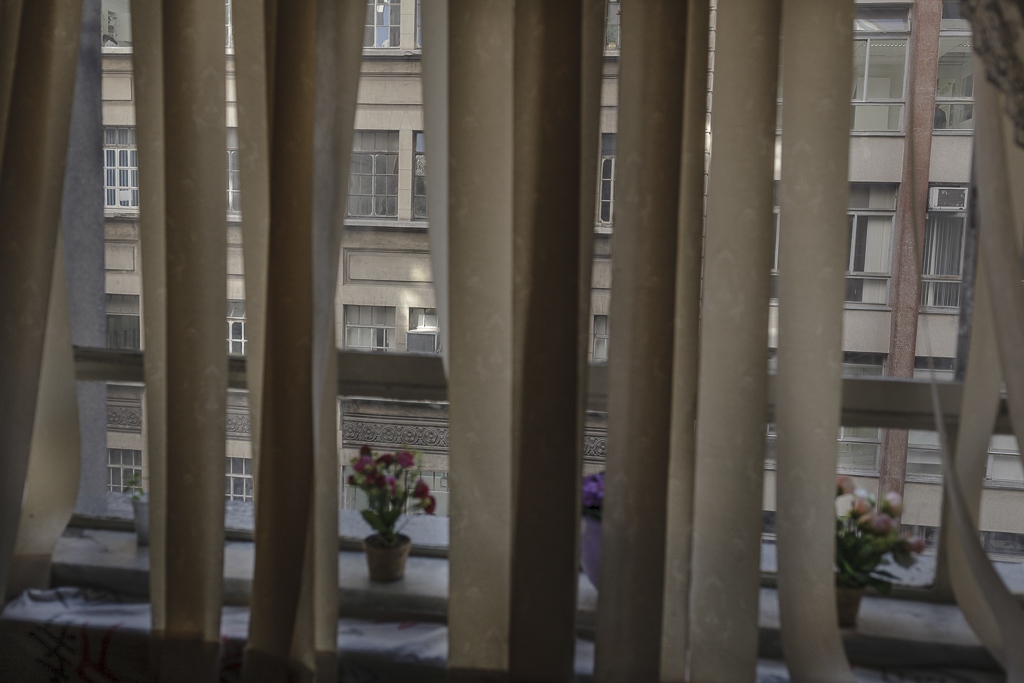 Window view from the "Marconi" squat, looking at an office building in Sao Paulo’s downtown, where abandoned and active real state blends into the urban landscape. 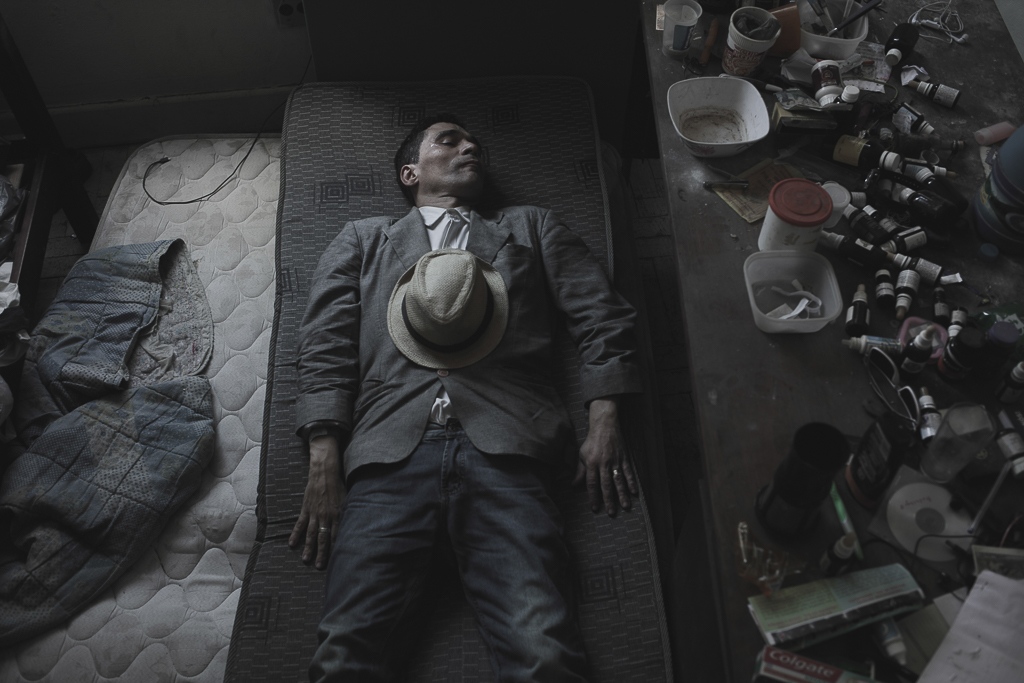 A man falls asleep on his bedroom full of empty drug bottles and pills, used to treat mental disorders. Some people within the 'Marconi' building, are living in this mayor city without any contact with family or relatives since they decided to leave their hometowns in search of better opportunities. 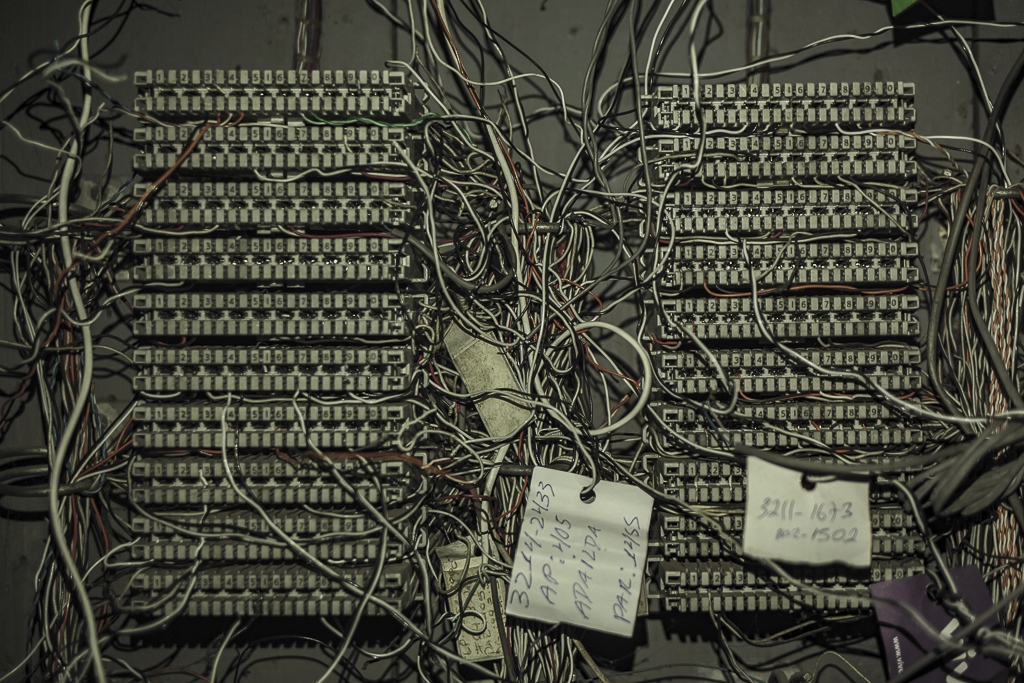 Once a building is "squatted," there is a period of 72 hours that they must wait until it becomes illegal for police forces to evict the group. 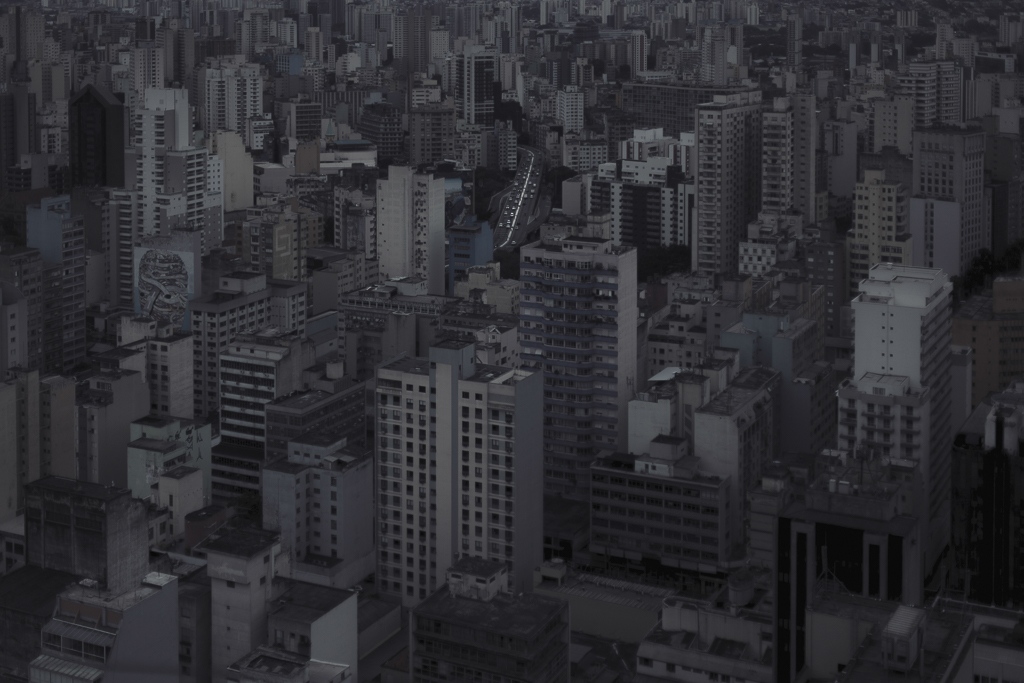 Brazil's most populated city, Sao Paulo, holds hundreds of uninhabited properties and millions of displaced people living in the streets, where abandoned and active real state blends into the urban landscape. 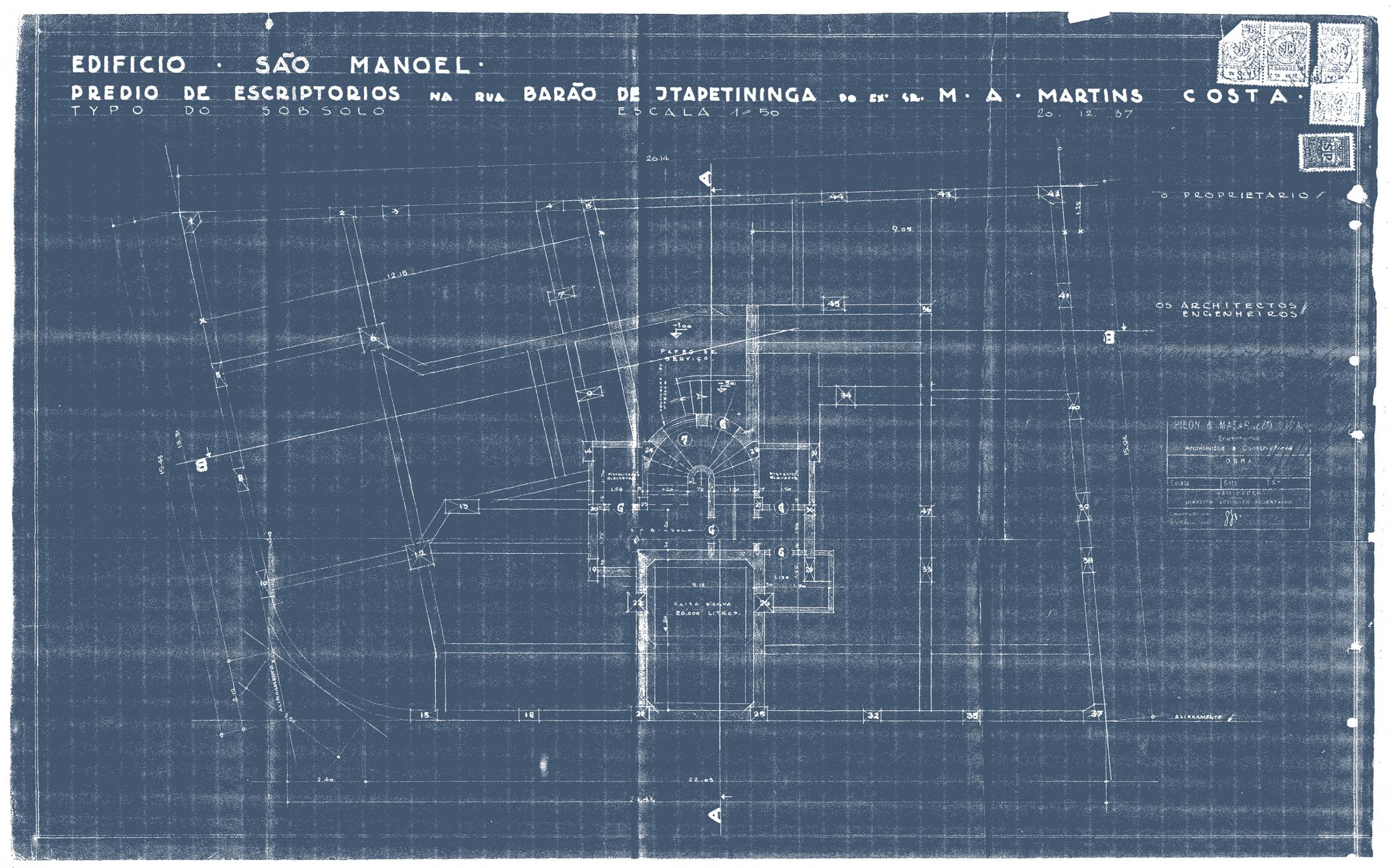 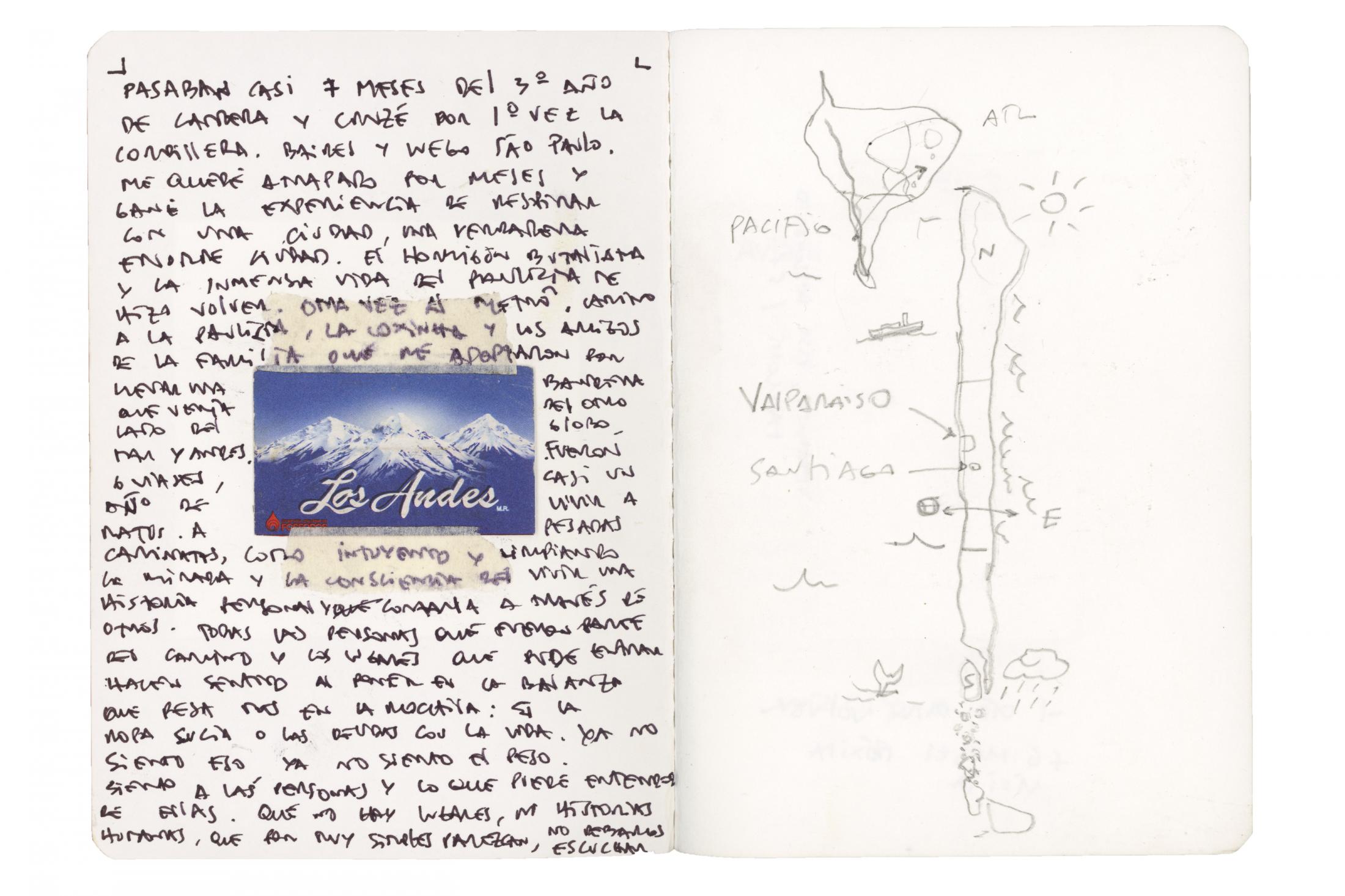 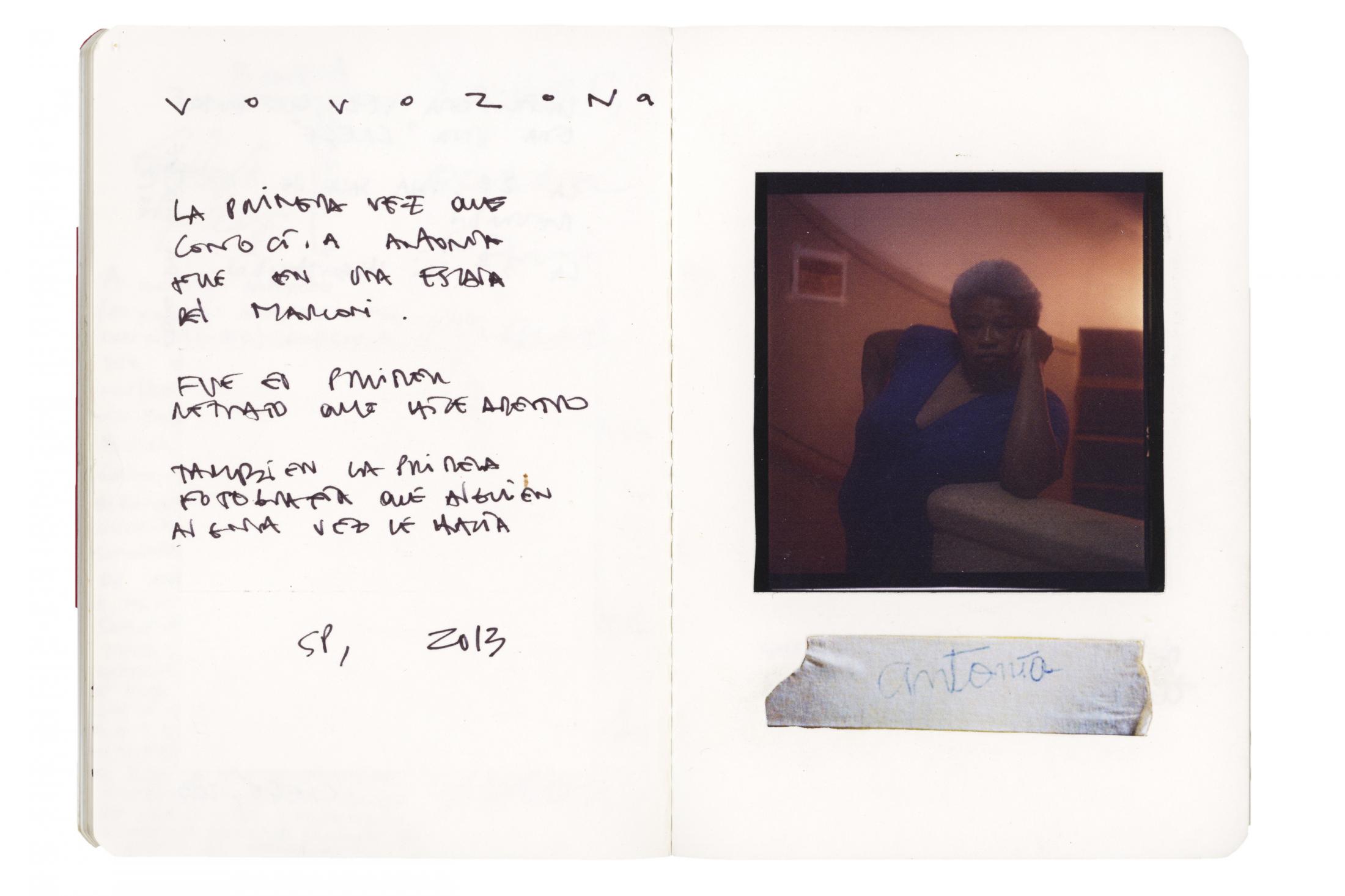 A series of interviews with three residents (Klêy, Marco Antônio, and Antonia) of the Marconi occupation. In each of their life stories, they share the loss and uncertainty that accompanies the will to survive as squatters in the most populated and socially unequal capital of South America.